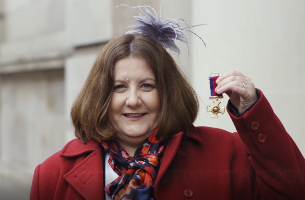 AMV BBDO has created a new campaign ‘Be A Hero’ for the Metropolitan Police Service, which went live on 28th November.

The ‘Be a Hero. Stop Crime Before It Happens’ film supports the Met’s #BeSafe crime prevention campaign that is currently being trialled in a Barnet, Enfield and Lambeth. #BeSafe aims to motivate, empower and mobilise Londoners to take small crime prevention steps to protect themselves and their property, while officers continue to work hard to disrupt and arrest the criminals. It will see a range of media including digital, radio and PR targeted at residents to help them take simple crime prevention steps to reduce their risk of burglary. The Met Police will be working closely with partners to amplify the campaign and develop packs containing burglary prevention advice to support vulnerable residents in pilot boroughs.

‘Be a Hero’ celebrates the everyday heroism of Londoners who do the simple things that stop them becoming a victim of crime. One unsuspecting Londoner – Jennifer Ansary – was surprised with a hero’s parade of dignitaries, media and fans - all because she double locked her front door! The unsuspecting resident is overwhelmed by the attention and is then taken on an open top bus ride around her neighbourhood to a rapturous reception from the public. Shorter thumb-breaker films were developed with bite size news reports of other everyday heroes being interviewed about the simple ways they prevent crime.

Stephanie Day, Head of Marketing from Metropolitan Police Service said: “‘Be A Hero’ is a really innovative approach to a simple problem - how to get Londoners to do the things everyone knows they should do to keep their homes safe from burglars, but for whatever reason frequently fail to do.

Research has shown that burglary is such a terrifying prospect for many Londoners that quite often they don't allow themselves to even think about it - let alone take steps to do something about it; or they quite a simply don't believe that these simple steps will actually make a difference. We hope that ‘Be A Hero’ will re-frame crime prevention measures, and empower Londoners to do the things we know could help to keep their homes safe.”

To find out more about this campaign and how you can protect yourself please visit: www.met.police.uk/besafe