Yoni Lappin Signs for Commercials and Music Videos with RSA and Black Dog, US 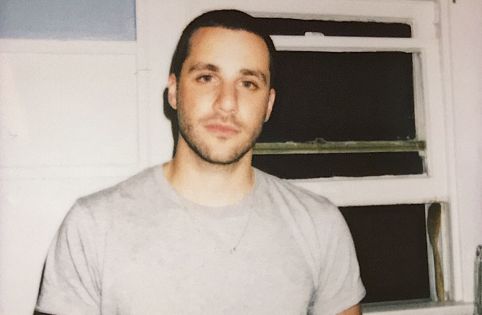 RSA Films welcomes Chris Clavadetscher as Executive Producer of Black Dog Films US, where he will lead the company’s renowned music video division stateside. Clavadetscher spent the last two years as a creative producer for Interscope Records, overseeing film and photography for a roster of artists including DJ Snake, The 1975, AlunaGeorge, Børns and Billie Eilish, to note just a few.  His new position marks a return to RSA where from 2011-2014, he was a staff Executive Producer and Video Rep. Among Clavadetscher’s credits are David Bowie’s “The Next Day” (Floria Sigismondi), Taylor Swift’s ‘We Are Never Ever Getting Back Together” (Declan Whitebloom), The 1975’s “Girls” (Adam Powell) and Miley Cyrus’ “We Can’t Stop” (Diane Martel).

Also joining the company is buzzworthy director Yoni Lappin for commercial representation in the U.S. via RSA and music videos in the U.S. via Black Dog. Lappin’s credits include Mura Masa’s striking video trilogy and nod to youth culture, “What if I go?” (nominated for a UK Music Video Award in 2016), “Love$ick ft. A$AP Rocky” and “1 Night.” His work has been praised for its authentic eclectic casting, beautiful visuals and innovative technique—for example, he used a 1:1 aspect ratio and included GIFs in “What if I go?” to bring conventions of Instagram to music video. The news was announced today by Jules Daly, President, RSA Films.

“We’re thrilled to welcome Chris back to Black Dog!” Daly said. “He thoroughly understands labels and artists and is passionate and driven to deliver the great creative work that fans adore. Directors thrive working with him, and he has a sharp eye for new talent. He’s already immersed in several productions."

"I’m so excited to be back at Black Dog / RSA,” Clavadetscher said. “My experience in production and working with Interscope on the label side has given me so much insight on how to make clients happy and help directors meet their creative goals. Black Dog is a pioneering production company in music videos and I’m thrilled with the opportunity to continue to grow and evolve the brand.”

Lappin, who has lived in Israel, New York and London, noted that the global reach and renown of RSA drew him to the company, as well as the opportunity to introduce his filmmaking style to a new audience.

“In Yoni, we have a fantastic talent whose original style has people taking notice,” Daly said. “Now we have the opportunity to introduce his filmmaking and storytelling style to our agency clients, which is very relevant for youth culture today.”

Fate played a role leading Lappin to RSA, as well. “I was visiting Los Angeles for the first time from London, and my now wonderful EP Wandie Kabule reached out to me over email. She’d seen my videos for Mura Masa and wanted to know more about me. It was out of the blue not knowing I was even visiting. We met up that same week and got on like a house on fire. Everything just felt right and natural straight away.”