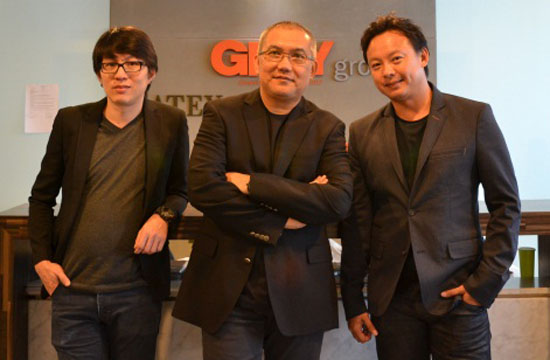 As part of Grey Group’s aggressive digital push into Southeast Asia, Yolk(at)Grey sets up presence in one of Asia’s fastest-growing economies – Indonesia. Situated in the heart of the country’s bustling capital, Yolk(at)Grey Jakarta will be headed by former chief technology officer, Adrian Lee as general manager and will serve as the network’s technology hub in Southeast Asia. The move will bring Yolk’s analytics-based insights and 360 digital strategy, coupled with in-house production skillsets ranging from social media management to technology and design to clients in a country where the wave of new technology is fast building Indonesia into a new digital nation.

“There were 63 million internet users in 2012 and the number is expected to grow up to 30% per year from now till 2017 which will position the country as one of the largest connected populations in the world. This growth will generate ground-breaking opportunities – as consumers gravitate more towards their hand-held devices for entertainment, information and commerce, new business models will emerge,” explained Agus Sudradjat, CEO of Grey Group Indonesia. “The launch of Yolk(at)Grey Jakarta is yet another milestone in Grey’s 50 years history in Asia. The trust and strong relationships we have forged over the years with partners and clients has enabled us to hit the ground running – we kickoff operations with five recently won digital businesses: Fitti Diapers, Allianz, Gunung Sewu Kencana, Mitsubishi and a soon to be launched local cosmetic brand,” he highlighted.

“Indonesia’s economic engine will create a new and considerable digital class of consumers – an estimated 90 million Indonesians are expected to join the consuming class by 2030. There is a huge and yet untapped market for analytics – beyond page views and visitorship. Marketers in Indonesia are fast maturing to the strategic importance of digital in their marketing efforts, realizing the potential of digital to directly impact sales. We look forward to playing a pivotal role in helping to nurture the use of digital more strategically in our clients’ businesses,” said Lee.

“Yolk(at) Grey is part of our broader plan to connect with the ‘next billion’ consumers across the globe. Indonesia is a trailblazer in both mobile and social media markets so Jakarta is a well-positioned launch pad to effectively market Yolk’s digital work across Southeast Asia. The region as a whole achieved a high economic growth rate of 5.3 per cent in 2012, so it is certainly exciting times for us at Yolk(at)Grey to be part of this accelerating growth and discovering opportunities in the world’s fastest growing region,” commented Benjamin Tan, Group CEO, Yolk(at)Grey and SEA Chief Digital Officer for Grey Group.