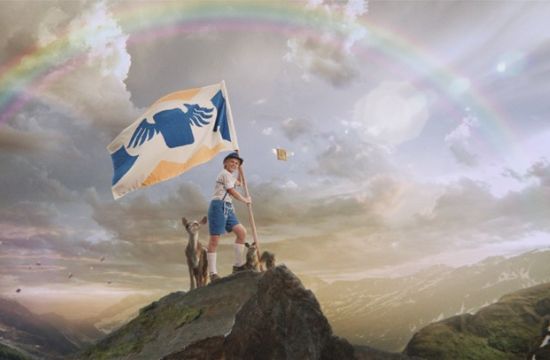 A new series of commercials and an online short for Toaster Strudel puts the lederhosen back in breakfast food, right where it belongs. The campaign is the brand-defining creation of Patrick Clarke, Executive Creative Director, and team at Saatchi & Saatchi NY.

The agency needed the right team to carry this offbeat project, and they found a partner in the Framestore collective. Director Ben West took to the scripts like a duck to water. "When I first read these scripts I felt an immediate connection with the material," said Ben. "Creating a fine balance for humour and whimsy with otherworldly characters is what I do best".

The campaign fancifully relaunches the Toaster Strudel brand with unforgettable images and catchphrases. A yodelling goat, flying strudels, skipping woodland animals, and truly spectacular facial hair accompany the morning-obsessed villagers of Breakfurg, the mythical home of our daybreak hero Hans Strudel. Hans, with that infectious smile, and his colorful entourage are the symbolic manifestation of the utopian breakfast dream. The suburban breakfast messiah brings order to the half-awake chaos of morning routines. Toaster Strudel fairies bring the family to the table—literally—to get the show on the road.

"We're thrilled with the outcome of these films," said Aron Hjartarson, Creative Director at Framestore in LA, "and everyone on the team was very excited to run wild with creative of this calibre. Also, with it gracing screens on Times Square, TV, and the web, the integrated media aspect of it is very exciting for us."

The Breakfurg web film sets a high bar for inventive branded content, with a focus on storytelling beyond that of a traditional television commercial. The fantastic world of Breakfurg is the result of a great working relationship with Saatchi & Saatchi NY, who allowed Framestore to run wild.

“Ben West and Framestore were in lockstep with Saatchi's creative vision,” said the team at Saatchi & Saatchi NY, “from our initial director's call through the shoot and all the way through our heavy post production process. Working with Ben and his team of artists at Framestore was an absolute dream.”