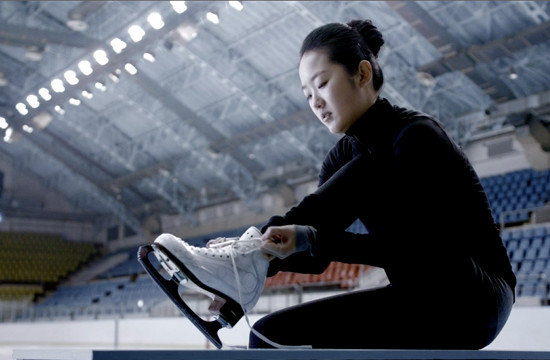 Yili, the leading Chinese dairy brand and official Olympic Sponsor of the Chinese Sports Delegation, has teamed up with Ogilvy & Mather Advertising, Beijing to create a TVC aimed at increasing awareness of the brand’s “Attitude Determines Quality” proposition, its association with the Olympic Games, and to inspire trust among Chinese consumers.

Timed to coincide with the 2014 Sochi Winter Olympic Games, the TVC opens by asking viewers about their dreams and whether they pursue them. It features elite, yet unknown, Chinese athletes including speed skaters, figure skaters and hockey players that continue to pursue their Olympic dreams despite the odds of winning being stacked against them. While they are not likely to earn a place on an Olympic podium or be recognized by the public, they continue to chase their dreams and persevere throughout their sporting careers.

Peony Wu, Managing Director of O&M Advertising, Beijing and Chief Digital Officer of O&M China, said: “For the 2012 London Olympic Games Yili told the Olympic stories of ordinary Chinese people. As the 2014 Sochi Olympics neared we wanted to continue to demonstrate Yili’s support for the common man and the dreamers out there that strive to achieve their best just like those athletes that train day in and day out do for no fanfare and little recognition. We hope this message will encourage consumers and show that their efforts are recognized and appreciated.”

“Yili has been providing the Chinese Olympic Games delegation with nutrition support for 10 years, since 2004, throughout the Athens, Beijing and London Olympic Games. This was an exceptionally challenging decade for the Chinese dairy industry as product safety issues repeatedly tested consumers’ trust. We believe that letting consumers know that the Chinese Olympic team also uses Yili dairy products will help them to see that the high quality of our product makes it the best choice for their families. We’re delighted that Ogilvy has helped us to find the right way to connect our brand values to the passion and excellence of the Olympic spirit,” said a Yili spokesperson.

From 7-28 February Yili’s TVC will air in tandem with the Sochi Winter Olympic Games on TV stations across mainland China as well as on video sharing sites such as Youku.