Year of The Monkeys: Campaign Brief Australian Agency of the Year is changing the way advertising companies do business

For close to a decade, they've continued to create provocative ideas by breaking boundaries and reshaping the rules. 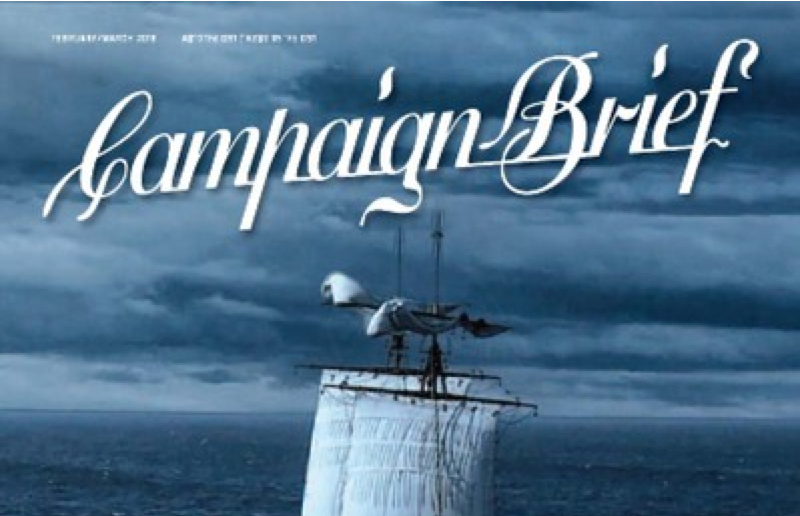 They've been called curious,  entrepreneurial and restless -  and for good reason. For close to a decade, they've continued to create provocative ideas by breaking boundaries and reshaping the rules. Consistently redefining what a creative advertising company can be and achieve, this year they are well and truly at the top of the tree. Campaign Brief's Australian Agency of the Year is The Monkeys.

Changing the way advertising companies do business, The Monkeys continued to create, develop, own and invest in new ideas, businesses and brands. From co-owning premium ice cream brand Homer Hudson and launching it in 900 plus Woolworths stores nationwide, to reshaping the Australia Day lamb legacy with Richie Benaud and the greatest bbq of all time; or creating a prime time television special for Telstra; The Monkeys certainly made stuff happen in 2015. Whether shooting a documentary film on iconic 80's surf label Mambo, creative directing Australia's pre eminent design festival Semi-Permanent, and attracting over 100,000 plus people; or coming up with a sound to remind people to wear sunscreen, it's ideas that drive this bunch of dreamers and it's these ideas that continue to turn the heads of the country's most influential and admired marketers. Building on a roster made up of Australia's premier brands means the founders have continued to chase their ambition of becoming one of the world's most creative businesses.

Dishing up MLA's most successful Australia Day campaign to date - featuring cricket legend Richie Benaud; developing a highly successful new brand platform 'As Simple As It Sounds' for Bingle Car Insurance; telling Aussies 'It Pays to Shop Independent' for IGA; and creating television show 'Hello! This is Australia' for Telstra means they're off to an admirable start.
Relaunching new creative platforms for Blackmores (Be A Well Being), Pauls White Milk (Extraordinary Dairy), and Telstra Business (Do Your Thing) has placed the agency behind some of the industry's best brand positioning. Plus the scale of work the hotshop has produced attests to its strong foundation in advertising and brand building and its multidisciplinary approach to executing ideas.

Connecting Aussies to the country's largest Wi-Fi network Telstra Air with a technically ambitious and unique city-wide light installation; creating a powerful new brand campaign and brand identity 'Leadership for Good' for Sydney University; and encouraging parents to rediscover self-belief with 'Kids Talk Sport' for the Australian Sports Commission, are just a handful of projects that have secured widespread recognition.

In fact, The Monkey's recent Christmas film 'Best Toy Ever' for IKEA was aptly named Creativity Online Editor's Pick and one of AdForum's Best Holiday Ads in the World, attracting over one million views in the first week. The film received extensive media exposure and support with coverage that praised its non-commercial message and insightful twist.

The rest you can read in the latest issue of Campaign Brief, which includes the annual CB Agency Hot+Cold Charts, out next week.