The winning film was 'If It Were a Naked World' from Tom Loveless, Billy Stickley and Matt Wood 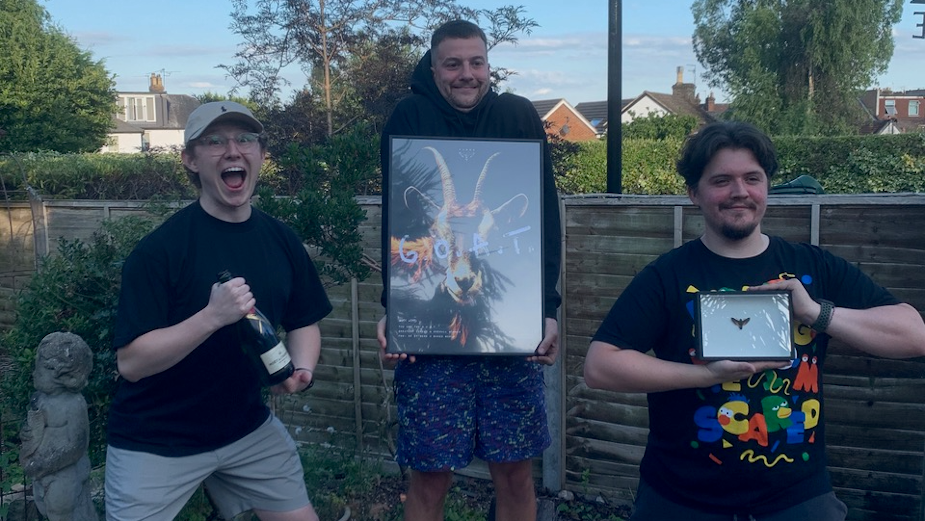 After re-imagining its short film competition for 2020, as a celebration of six years of Homespun Yarns, Stitch Editing asked the people to vote for their greatest Yarns of all time.

The votes have been counted and verified, Stitch are delighted to announce its G.O.A.T. and winner of the comedy category, is the animated short from 2018, ‘If It Were A Naked World’, directed by Tom Loveless, Billy Stickley and Matt Wood.

The winning film was inspired by the ‘If’ brief where entrants were invited to submit a short film idea that began with the word ‘If’.

The winning trio came up with the idea that if being completely naked was the norm, would getting dressed become sexualised? Their short film followed a lonely regular at the local Dress Club, on his quest to win the heart of the woman he lusts after.

Loveless, Stickley and Wood had this to say on their triumph: “WOW! Over the years, Homespun Yarns has produced some of the most amazing shorts made by some of the very best up and coming filmmakers, so for us to even be in the company of the previous finalists, is quite unreal.

Of course, we couldn’t have done it without all the help from the talented team at Agile Studios and Billy’s eagerness to draw an unfathomable amount of naked people in quite vulgar detail. We all worked so hard on the film, it may look goofy and silly but many many hours of work went into it. Thank you so much to the people who voted, and thank you even more if you did it whilst not wearing any clothes.”

The 22 films in the Yarns back catalogue were split into four categories, documentary, comedy, fantasy and drama for the vote, so as well as the GOAT we also have winners in each category:

Stitch & Homespun Owner, Tim Hardy, commented on the people’s vote: “it’s been great to go back, really look at all our films and celebrate the achievements of everyone who has been involved since we started. There are so many excellent films in our archive and I’m blown away at how many people took the time to watch them and vote.

I love ‘If It Were A Naked World’ and its creators, they are supremely talented and I’m very happy their film has been crowned GOAT.

Same goes for the category winners - all worthy winners and excellent filmmakers.  It’s brilliant that the winners all came from different years so we got a real cross section of our varied and original briefs.”

As well as the kudos of being crowned GOAT, the winners received a fantastic prize from two of our extremely valued supporters, Kodak have donated 16mm film stock and processing and Panavision a 16mm camera package, so Loveless, Stickley and Wood get the chance to shoot their next short on film.

Both these companies, stalwarts of the British film industry, have been working with Yarns for years and made the following comments: "We have worked with the team at Yarns for a few years now as it’s such a brilliantly creative initiative for anyone wanting to kick start their filmmaking career.  They consistently come up with innovative briefs and produce stand out short films.  It’s been a pleasure for Kodak to offer the chance for their finalists to shoot on film and this year we are delighted to give the G.O.A.T. 16mm film stock as a prize and are excited to see what they do with it!' said Julie Taylor-Butt, senior manager, marketing and client relations, EAMER, Motion Picture & Entertainment, Eastman Kodak Company

“Panavision has supported Homespun Yarns for five years now and it has been a real pleasure so see so much new talent each and every year. It’s great to see the amazing progress that former finalists have made. From shooting their Homespun entries, all the way through to getting signed and working with Panavision on large scale productions. It’s a real testament to the competition and why we will continue to help nurture new talent and support Homespun Yarns.” George Rumsey, head of commercials UK at Panavision