Elliot leaves Lucky Generals, where he was Creative Partner 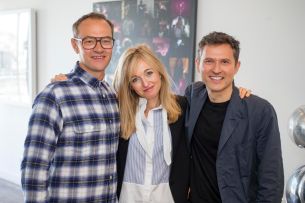 Elliott leaves Lucky Generals, where he was Creative Partner, and responsible for notable recent campaigns including the Radiocentre work talking directly to the UK’s leading marketers, and Popchips campaign ‘Be a Bit Good’.

Previous to Lucky Generals, Elliott’s career spans two years at HHCL, nine years at Mother and five years as Joint ECD at WCRS before leaving to start up his own agency, Fabula, in 2012.

At WCRS, he was responsible for famous work including Sky’s £100m brand campaign ‘Believe in Better’ – conceptualising not just an endline and campaign but a philosophy that still runs deep within the business today. He also oversaw campaigns including Brylcreem ‘Effortless’, Weetabix ‘Steeplechase’, TfL ‘Cycle Safety’ and 3Mobile ‘Expo’.

At Mother, Elliott created work including Orange’s D&AD Pencil-winning ‘Gold Spot’ cinema campaign – in which celebrities including Patrick Swayze, Carrie Fisher, Spike Lee, Darth Vader and Darryl Hannah pitched their film ideas to the Orange Film Funding Board, only to have their pitch ruined by a mobile phone. This led to the creation of Orange Wednesdays: one of the UK’s most successful sponsorship and reward programmes ever, with tens of millions of tickets redeemed.

He also made headlines at Mother for Dr Pepper’s Lion-winning ‘What’s The Worst That Could Happen?’ – in which people tried the drink and were dramatically publicly humiliated – and SuperNoodles’ West-Side-Story-inspired spoof campaign ‘Face Off’.

Sarah Golding, Chief Executive Officer at CHI&Partners, said: “The secret to any successful creative agency is a combination of the consistent and the new. It is also to have creative leaders that can attract and nurture the very best creative talent. Yan is one of the industry’s best, and liked by everyone, and we are very lucky to have him sprinkle his magic dust over our work, our people and our clients. Micky has helped grow this agency into the top 20 agency it is today with a string of blue-chip clients and campaigns. I am truly excited by the opportunity we have together to write the next chapter in the CHI story, with a renewed dedication to creativity at its heart.”

Elliott said: “It will be hard to leave Lucky Generals – I’ll be leaving a rock-steady ship with a rock-steady crew, but for me this is a golden opportunity. CHI is small enough for me to make a difference and big enough for us to make an impact. I’m already really looking forward to working with Micky and Goldie. Apparently, a good ECD needs experience, wit and wisdom. Fortunately Micky has all three.”

Tudor said: “To have Yan join our incredible line-up of talent in the creative department is thrilling. I couldn't be more chuffed for them and the whole agency. Exciting times are ahead and we can't wait to get stuck in.” 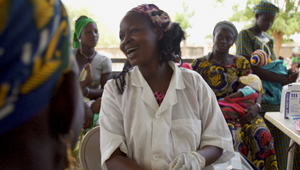 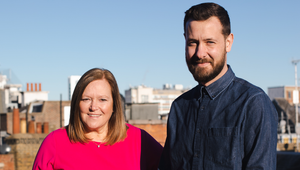 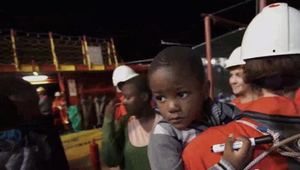