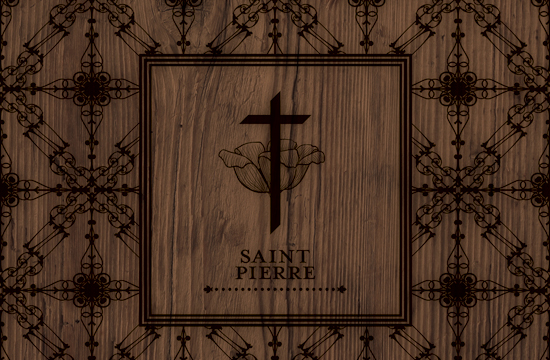 The re-branding project, which covered everything from positioning the brand, creating a new logo and designing a range of collaterals, highlights that XM Asia is stretching its creative capacity beyond its core digital expertise.

Saint Pierre, which has operated in Singapore for 12 years, has relocated to the popular new Quayside Isle location at Sentosa Cove, and will reopen on May 29.  The newly relaunched Saint Pierre will be helmed by Chef and owner Emmanual Stroobant and Chef-de-Cuisine Daniel Grobnik, who will offer high-quality French cuisine at affordable price points.

XM Asia was brought on board earlier this year to help reposition and brand Saint Pierre.  Building on religious overtones, the design concept revolves around the idea of a pilgrimage, and positions the restaurant as a must-stop destination for discerning food connoisseurs.  XM Asia will also create and launch a new website for St. Pierre later this year.

“We have always been big fans of the Emmanuel Stroobant Group. When the chance came up to re-imagine what their flagship brand might be, we jumped at the chance.  Our creative teams also enjoyed the working partnership and passion of Saint Pierre’s Edina Hong, who was critical in helping us create the philosophy around the food.” Paul Soon, CEO of XM Asia