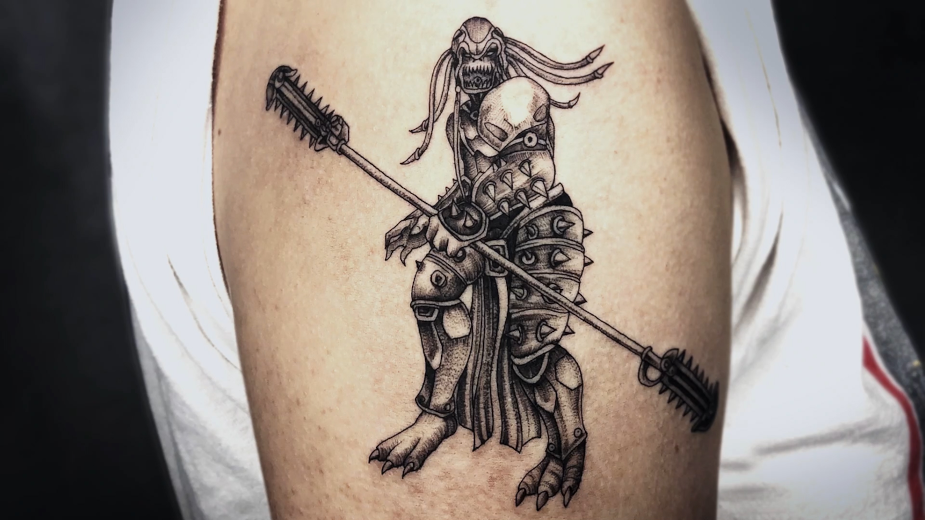 Xbox and McCann London have released ‘Bound By Ink’, a salute to the dedication of the 'Gears of War' fan base. The film - first aired during the Xbox launch celebration via global livestream on 10th November to introduce next-Gen updates to 'Gears 5' - showcases what makes 'Gears' fans a different breed from those of other games - their passion, their grit, their lifelong commitment to the franchise. Featuring an array of real fan tattoos painstakingly edited into a new story, the film demonstrates the unique ability of this long-running series to quite literally get under your skin.
Loyalty to 'Gears', to the extent of people across the world permanently inking themselves with the game’s characters and weapons, has long been an open secret in gaming circles. It was this that led McCann to theorise that enough different 'Gears' tattoos might be out there to construct a brand new narrative from them – one that spanned the whole timeline of the franchise.
Featuring a range of eclectic tattoos and tattoo art styles, both from old fans and new ones around the world who wanted to be a part of this experiment, ‘Bound by Ink’ brought them all together for a common purpose. The story shows iconic series hero Marcus Fenix battling enemies General Raam and Queen Myrrah, but facing defeat, 'Gears' fans and new protagonist Kait Diaz come to his rescue, combining their weapons to finally conquer their foes.
“Normally, you start with a script then shoot the footage for the film. This was completely the other way round. But we always had faith in Gears fans, and knew that if we reached out to enough of them, we could tell a story that did justice to their passion for this game” said Jamie Mietz, ECD at McCann London.
Nicole Fawcette, senior global brand manager for 'Gears of War', commented: “We wanted to truly celebrate our fans, and give them something to be proud of. Something that lives and breathes the code of brotherhood that’s existed in the 'Gears' world and community for all these years.”
view more - Creative