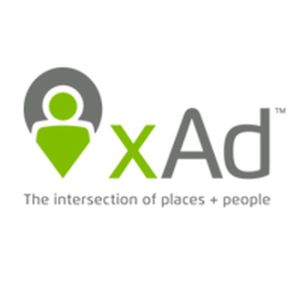 xAd, the only global mobile-location ad platform, today announced that it has appointed three ad industry veterans to key roles leading the company's growth and expansion into the EMEA and APAC regions. Having doubled revenue in 2013, the new hires will be instrumental in executing xAd's ambitious international expansion plans this year.

xAd became the first global mobile-location platform to expand into India and the UK in 2013. This year, the company will continue to execute its international growth plan by expanding into eight additional countries in the EMEA and APAC regions, including Germany, France, Australia and China.

According to Gartner, Europe will be a strong ad tech growth region in the next two years, as the mobile channel becomes an indispensable component of marketers' advertising campaigns and budget allocation continues to shift away from print and radio. To bring xAd's state-of-the-art, location-based ad tech to Europe, the company has appointed Theo Theodorou as GM of EMEA. Theodorou is a seasoned ad veteran who was previously the head of sales and strategy for Apple iAd in EMEA and most recently served as an SVP at Videology. He'll focus on building xAd's team of internationally-minded talent while overseeing strategy, planning and local partnerships with brands, agencies and media companies in Europe.

Though mobile advertising is still an emerging technology in APAC, the market currently has over 350 million smartphone users and is one of the most promising for growth. xAd is well-poised to take advantage of this opportunity and has appointed Yang Cao, who previously co-founded and sold Julu Mobile, a mobile advertising company in China, as GM of the region.

As SVP of Strategic Partnerships, Michael Bayle, who previously led ESPN's mobile strategy and was VP of Monetization at Amobee, will focus on building new strategic partnerships with leading ad-tech companies both domestically and internationally.

"We're thrilled to add Theo, Yang, and Michael, who each have exceptional expertise in mobile advertising in their respective regions, to our leadership team," said Dipanshu 'D' Sharma, CEO at xAd. "They'll each play a crucial role in the next phase of growth for xAd. With our programmatic platform business growing quickly, they'll work together to ensure that our platform scales to meet the demand for our technology in EMEA and APAC, further cementing our position as the global leader in mobile-location advertising."