Viewers get chance to star in promo directed by Sammy Rawal 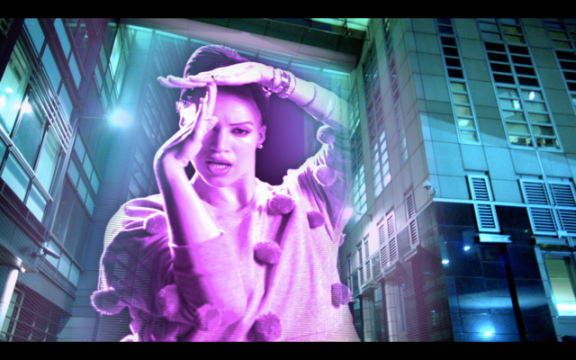 TalkTalk continues its sponsorship of The X Factor for the sixth consecutive year from this Saturday, when the brand unveils an ambitious twist on its familiar TV idents, giving fans the chance to star on TV in their own professionally-crafted music videos.

Created by CHI&Partners, the idents will feature content pulled in from an advanced app, ‘Mix-Off’, which pushes the boundaries of smartphone technology, enabling TV viewers to create their own music videos at home, with a real made-in-studio feel. The best mixes will then be broadcast to the nation during the show’s ad breaks.

Directed by Sammy Rawal and produced by Believe Media, who have collaborated on music videos for the likes of AlunaGeorge, and with digital development, technology and VFX from MPC, the new idents will be the first to make fans’ home-made clips look like real, professionally-produced and directed music videos.

The ‘Mix-Off’ app, available from this Saturday 30 August, will be fully responsive across iOS, Android and on the web, allowing users to create music videos starring up to four users, against nine different tracks and eight music video styles, all professionally directed by Sammy Rawal. The music videos will be released onto the app in staggered phases throughout The X Factor season.

Chad Warner, digital creative director at CHI&Partners, said: “This is a hugely ambitious project which blurs the lines between TV and mobile advertising, at a level of quality which has never been reached before. TalkTalk’s partnership with The X Factor has charted the evolution of TV advertising in the digital age, and ‘Mix-Off’ represents how far we’ve come in that time: empowering X Factor fans at home to create something which really looks and feels like it was made for the big screen.”

Sammy Rawal, director, said: “I think what’s really cool about these new idents is that they really feel like chunks or excerpts from actual music videos.  They’re really going to give X Factor viewers the chance to experience what it feels like to be in a high-end music video of their own. We’ve tried to create a full range of videos that not only look amazing, but also appeal to a very broad audience.”

Andre Assalino, interactive creative director at MPC Creative, said: "User-generated content is always exciting to work with, but when it’s combined with high-end production values it really has a wow factor. Achieving the two together is a challenging brief, but we’ve cracked it, delivering a really unique app which enables users to create, remix and share thousands of different music videos combinations. Being on TV has never been easier!"

A second-phase release of the app in September will give fans something new to play with as auditions end and the stage is set for the programme’s live shows. This second release will allow users to pull in performances from their Facebook friends as well as any performance already submitted to the app

Airing from August through to December, the idents will result in more than 160 user-generated spots.