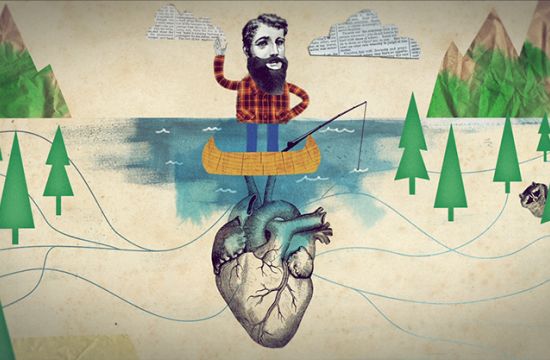 How healthy are Canada's waters? You may be surprised to learn that in many cases, we simply don't know. It's a critical knowledge gap -- one that has driven WWF to work with experts to establish a clear and consistent way of measuring fresh water health: the Freshwater Health Assessment .

To raise awareness to the initiative, The Public Assembly's director, designer and animator Hector Herrera created a grassroots feel webfilm in the style of a digital collage.

"The spot was created using a combination of Victorian woodcut images and digital and hand-rendered elements aimed to attain a tactile and organic look and feel that connected with WWF," said Herrera. "The backgrounds were created out of scraps of vintage paper, watercolour swatches, illustrator artwork and some hand rendered images. The characters are a combination of collage and hand drawing. Their clothes where achieved by mapping photographic elements onto a hand rendered body. Then all the characters were rigged for animation in After Effects."