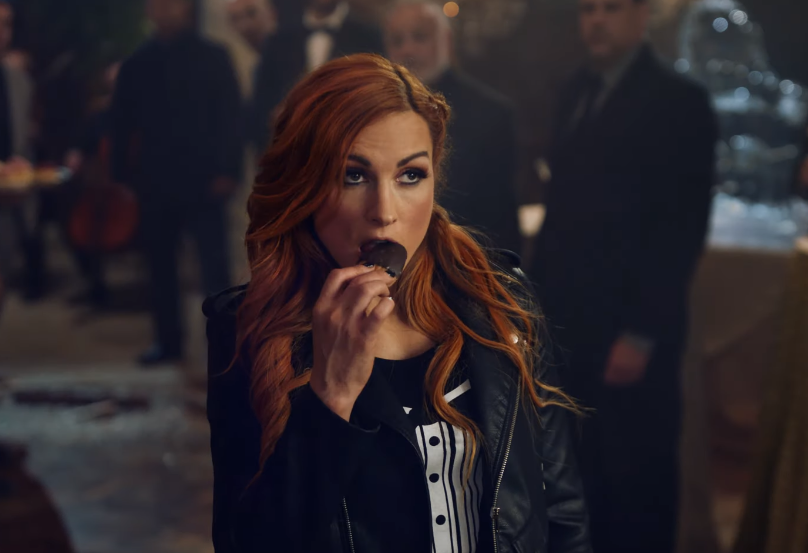 For the first time in the game’s six-year history, WWE 2K20 is featuring two cover stars. Roman Reigns, the fan favourite who battled back from a leukaemia diagnosis earlier this year to triumphantly return to the ring, and Becky Lynch, who in April became one of the first women to ever main event WrestleMania.

“Becky Lynch made history when she headlined WrestleMania, so it’s only fitting that she’s making history again as the first woman to ever be on our game’s cover,” Chris Snyder of 2K Sports said. “With more female-centric game features than ever before, our campaign lets the gaming world know that WWE 2K20 truly has something for everyone.”

This year’s campaign, titled 'Step Inside', consists of several spots that all take place at a formal party in an opulent mansion. The Cover Reveal Spot debuted on August 5th and features a cast of tuxedo-clad WWE legends, including Hulk Hogan and “Stone Cold” Steve Austin, mingling at a “men’s only” party. The party comes to a crashing halt when Becky Lynch literally breaks through the room’s glass ceiling. Amidst a stunned crowd, Roman Reigns approaches Lynch and welcomes her to 'Step Inside' the party with a champagne toast.

In the pre-order spot Hogan and Austin are joined by WWE Hall of Famers Sting, Bret Hart and Shawn Michaels–all five together on-screen for the first time ever. The legends marvel at how anyone can be 'The Man' these days, and tensely question who “The Man” truly was in their era.

The campaign will culminate in a launch spot featuring the entire cast, debuting on October 22, 2019 to coincide with the launch of the game.

“2019 is a big year for 2K,” said Todd Eisner, creative director at barrettSF. “So we brought together the biggest names from the past and present to celebrate. ‘Step Inside’ is an invitation for everyone to join in.”

The campaign broke on the WWE Network and will run across broadcast, digital and social media through the holiday season. The buy includes promoting on USA Network (RAW & SmackDown), YouTube, Facebook, Instagram, Snapchat and other digital platforms.