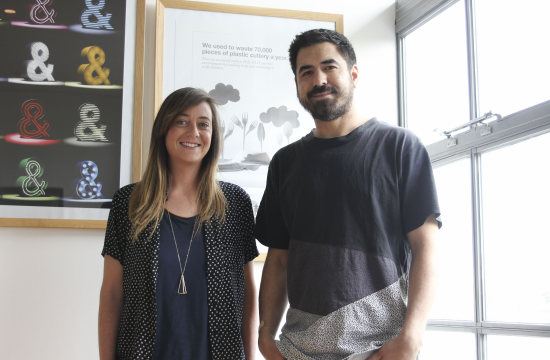 Wunderman London is making a creative push with several key new signings and a department re-alignment.

Chief Creative Officer Matt Batten, who was drafted in from Wunderman Australia earlier this year, is in the process of strengthening the agency’s ranks and has hired the creative team of Olivia Wagner (Copywriter) and Dan Fastnedge (Art Director) from Proximity London.

Natives of New Zealand, Wagner and Fastnedge trained at M&C Saatchi Auckland, working on award-winning campaigns for Viagra, TVNZ and Stella Artois. They have also served together at agencies including Draft FCB and Frontera, and were finalists at Young Guns and Axis in 2011 for their Viagra campaign, See the World Differently.

The new team has already sunk its teeth into major projects, notably a reactionary campaign for Microsoft and The British & Irish Lions. Says the duo:  “There's a bunch of really talented people here. We're excited for the opportunity to work on big campaigns for well-known, international clients. With Matt's track record of success, we have a leader to help us make things great.”
On his development of the creative department, Batten said: “We’ve better aligned the talent to get the foundation right, refitted the creative department into their own collective space and then brought in fantastic new talent to build a better department that focuses on inspiring creativity.”

In another key change at the agency, Batten has moved Social Creative Ben Cobley from strategy into the creative department. Since joining Wunderman in April 2011, Cobley has worked on the Land Rover, Pringles and Ford accounts and has most recently been responsible for the daily running of the Nokia UK social channels, including creating assets, conducting photography, writing copy and handling moderation.

In his new department Cobley will continue this role, working alongside teams in the production of social content and ideas with more creative focus and integration with broader creative campaigns that the agency produces.

On the departmental move, Cobley said: “I am looking forward to being surrounded by like-minded people, seeing more of what they are working on, becoming integrated into the wider creative team and bringing social ideas to briefs and campaigns.”
Elsewhere at Wunderman, Chief Executive Officer Mel Cruickshank has aligned the agency’s tech team into the creative department, now reporting to Batten.