The music video by Feh Tarty and Ben Strebel is shot in a brooding, desolated desert landscape 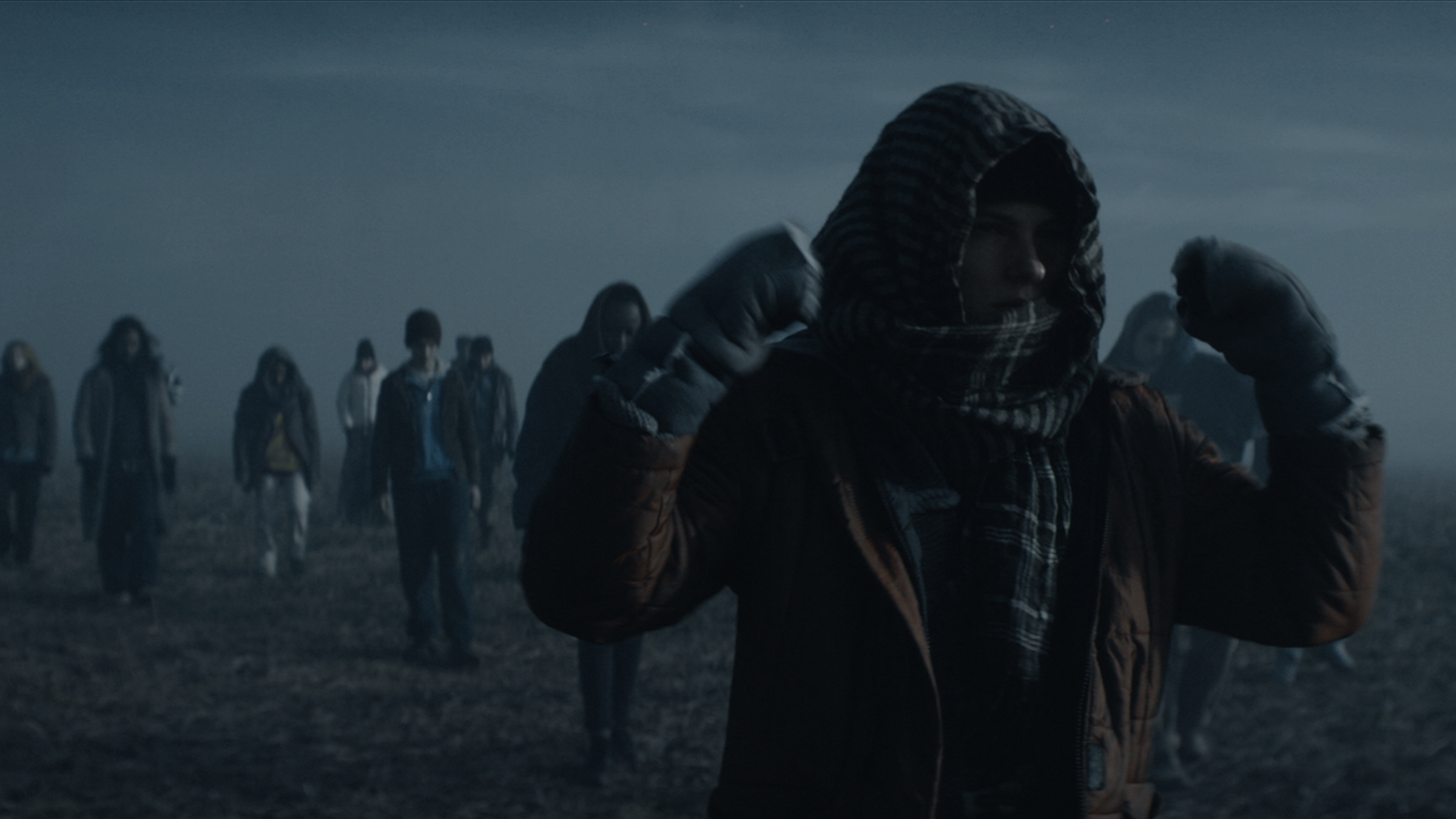 A new music video from Wu-Tang Clan's RZA and musical duo PARISI takes on the politically charged issue of refugees around the world. No Refuge is the breakout single from the artists that was filmed by Ben Strebel of Sovage and Feh Tarty of creative consulting agency Stay in School.

Both Tarty and Strebel have personal connections to the issues of refugees and brought their own experiences and those of their families to the making of the video. Tarty and Strebel also advocated the need for a mission-based ideal which the musicians were already considering, promising that all proceeds from streams and sales of the song will be donated to the UNHCR, the United Nations Refugee agency.

The film sets up the issue of the global refugee crisis in dramatic detail opening to a shot of bus appearing in a desert-like landscape and driving off as stranded people are left behind. With lyrics that directly take on the political rhetoric of the Trump administration, RZA raps: “Let’s make America great again, but not a place that’s filled with bigotry,racism and hate again.”

The video depicts a group of people moving across a misty landscape that could be anywhere. The group breaks into a syncopated dance,looping the endless and seemingly hopeless movement of people displaced from their homes.

“I wanted to create a film that showed each individual on a journey forced upon them, ceaseless, restless and without a destination insight,” Ben Strebel said. “My interpretation of the song drew on the personal history of forced migration that my family experienced 60 years ago.”

At a time when refugee families are struggling to settle in the US and elsewhere, “No Refuge” leverages the power of existing music platforms and common consumer behaviour into real support for those in need. As a result, all proceeds from streams and sales of the song will be donated to the UNHCR — the United Nations Refugee Agency — to aid the ongoing refugee crisis.

“It sits uncomfortably close to home seeing innocent families who have escaped war and destruction only be ill-treated and regarded like criminals when they’re in need of safety.” says Feh Tarty, a native of war-torn Liberia and Creative Partner of Stay in School. “This project is a perfect marriage between awareness displayed beautifully and effortless action. Simply play or purchase to help.”

“No Refuge” is the first song ever to be produced entirely on BLOCKS and the Seaboard RISE, the next-generation musical instruments from ROLI. It is also the first release on ROLI Records, a new label from the music creation startup that is working with artists pushing the boundaries of innovation in music.

The single premiers on Zane Lowe’s show on Beats 1 and is immediately available on iTunes, Apple Music, and Beats 1. From March 28 it will be available on Spotify, Deezer and other platforms to maximise donations.

“No Refuge is part of a very exciting album that we’re releasing later this year,” said Marco Parisi. “We’re honoured to share this beautiful song today, because it addresses a global issue that becomes more relevant with each passing day.”