‘Writing Lights a Way Out’ in Powerful Amnesty International Campaign

Cossette and renowned photographer Olivier Staub create series of visuals in which a ray of light, forming the shape of a pencil, illuminates a person plunged in darkness 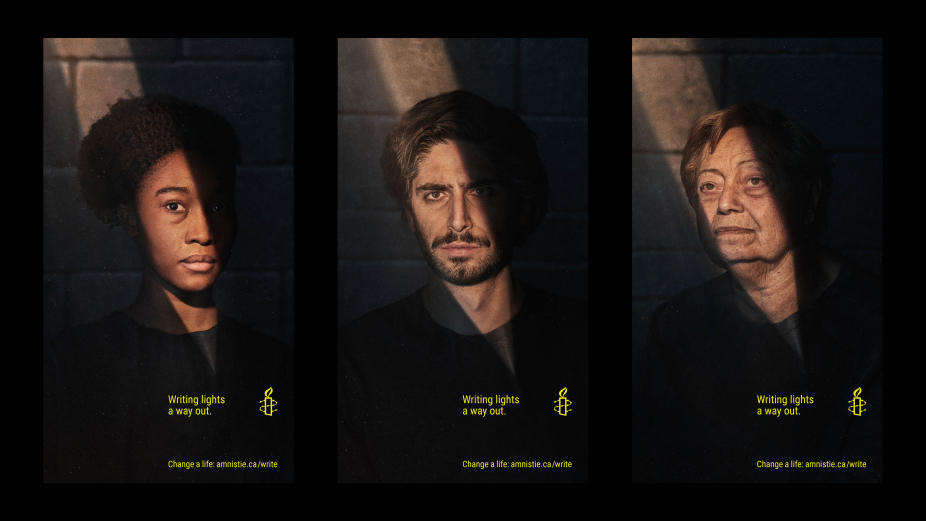 Each year, Amnesty International uses the power of words to help liberate people who are unjustly imprisoned or at risk of human rights abuses by inviting millions to write letters demanding action. Over the last 20 years, 127 of the 169 individuals who are the subject of Amnesty’s campaigns were set free—that’s a 75% success rate.

“Words, for me, are like light, liberation inside a prison.” – Imen Derouiche.

The campaign developed by Cossette for French Canada, Writing lights a way out, is inspired by a quote from Imen Derouiche, a human rights defender and a former prisoner of conscience, when she was asked about the impact of Amnesty letters received during her incarceration.

Each letter sent as part of the annual campaign lights a way out for those whose most fundamental rights are violated—from the right to protest and live in safety to the right to a fair trial and freedom of the press—so they can hope for a better future.

To bring this concept to life, Cossette teamed up with renowned photographer Olivier Staub to create a series of visuals in which a ray of light, forming the shape of a pencil, illuminates a person plunged in darkness.

You can see all the campaign assets here, and take a quick look here: