Would You Take the Ford Kuga for a Taste Test? 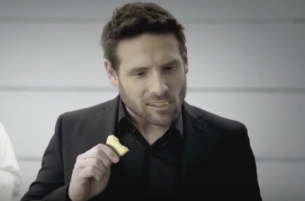 The Ford Kuga is a great car. An incredible crossover. In fact it's probably the best and most premium and quality crossover in its category. The problem however was that consumers were not familiar with it and thus they didn't even take it into account when they went car shopping.

So BBR Saatchi & Saatchi decided to change that perception. Radically. That's why, to effectively convey their message the gloves came off, and they took things to the extreme.

How extreme? Well how about taking on the services of a mega illusionist and omnivore extraordinaire like Eric Leclerc (Canada's two time magic champion and a figure even better known for his peculiar predilection for eating glass) to feast on the Ford KUGA and tell the audience exactly how well made (and how absolutely scrumptious) he thinks the car is.