Would You Smooch for a Delizio Coffee? 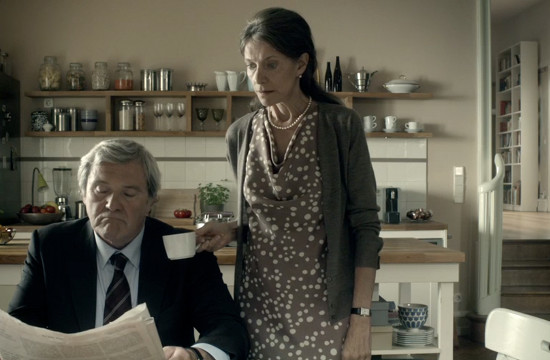 Charley Stadler has thrown us for another loop to follow in the footsteps of his hugely successful Cadbury's Hot Chocolate frothy beast commercial.

The highly amusing film for Delizio was created by Switzerland’s most awarded agency Ruf Lanz, with Charley Stadler's trademark dark humour adding a twist to the all-too-familiar plight of eternal commitment known as marriage.  Intriguing from the start, we enter the home of a couple silently stagnating their way through breakfast - but when she drinks the coffee, and he refuses, there's an unexpected outcome.

The spot was shot by Torsten Lippstock in Potsdam, Berlin and features British theatre actors Belinda Lang and Roger Alborough.  Though seemingly effortlessly simple, the one-shot film was meticulously planned and rehearsed so that the action was perfectly timed for required duration.