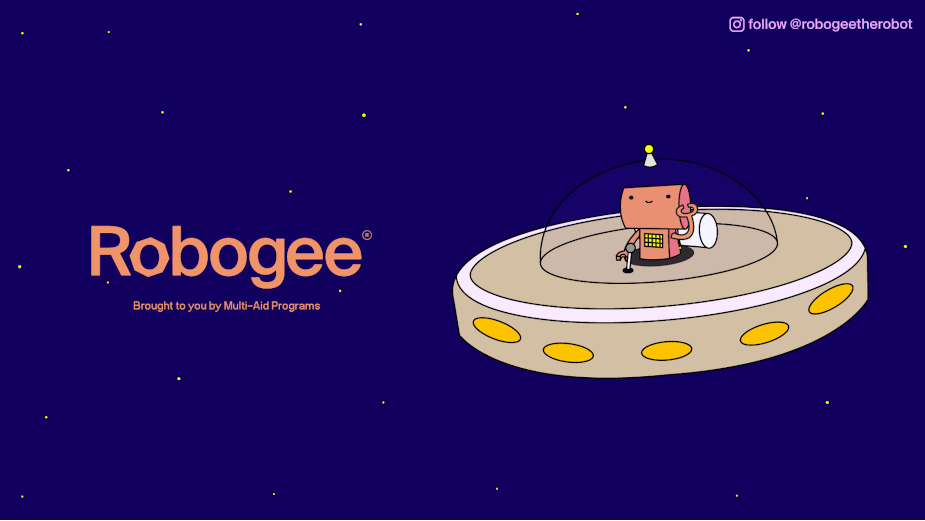 Millions of refugees flee their home every year seeking a better life. At least half of the 70 million people currently displaced from their homes are children. In the media, refugees are often described as helpless with no future, but this couldn’t be further from the truth. They’re people that have shown enormous resilience and survived challenges few can imagine.

A children’s character is about to change these common negative perceptions, and introduce a new way for people to learn about and engage with the refugee community. This new children’s hero — Robogee — is a curious and smart young robot forced to flee her home planet when danger strikes. 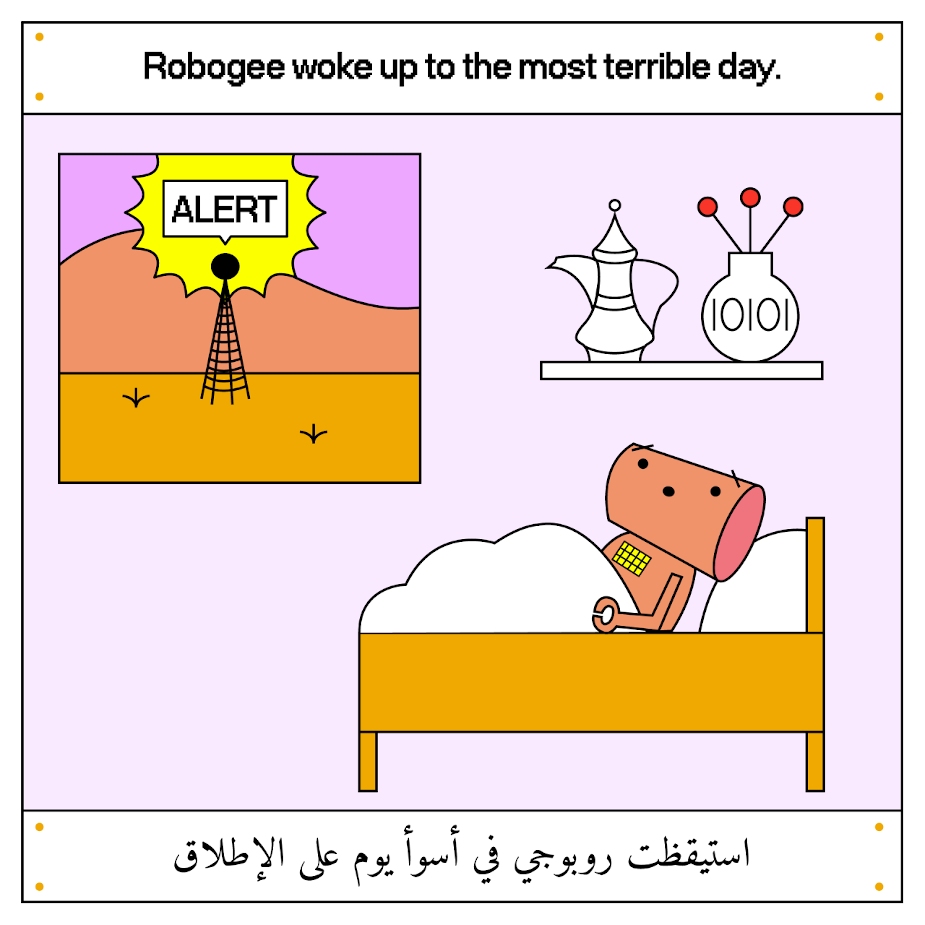 The project is the brainchild of refugee-led NGO Multi-Aid Programs (MAPs) in Lebanon and creative agency, WE ARE Pi. The character, Robogee, is based on a real robot that was created in 2016 by Team Hope, a group of young refugee engineers who formed a robotics team with support from MAPs. The team landed on the name Robogee because it stood for both 'robot' and 'refugee'. Since creating Robogee in 2016, Team Hope has gone on to win a number of awards, including the largest robotics competition in the world, to the great acclaim of leading international media. 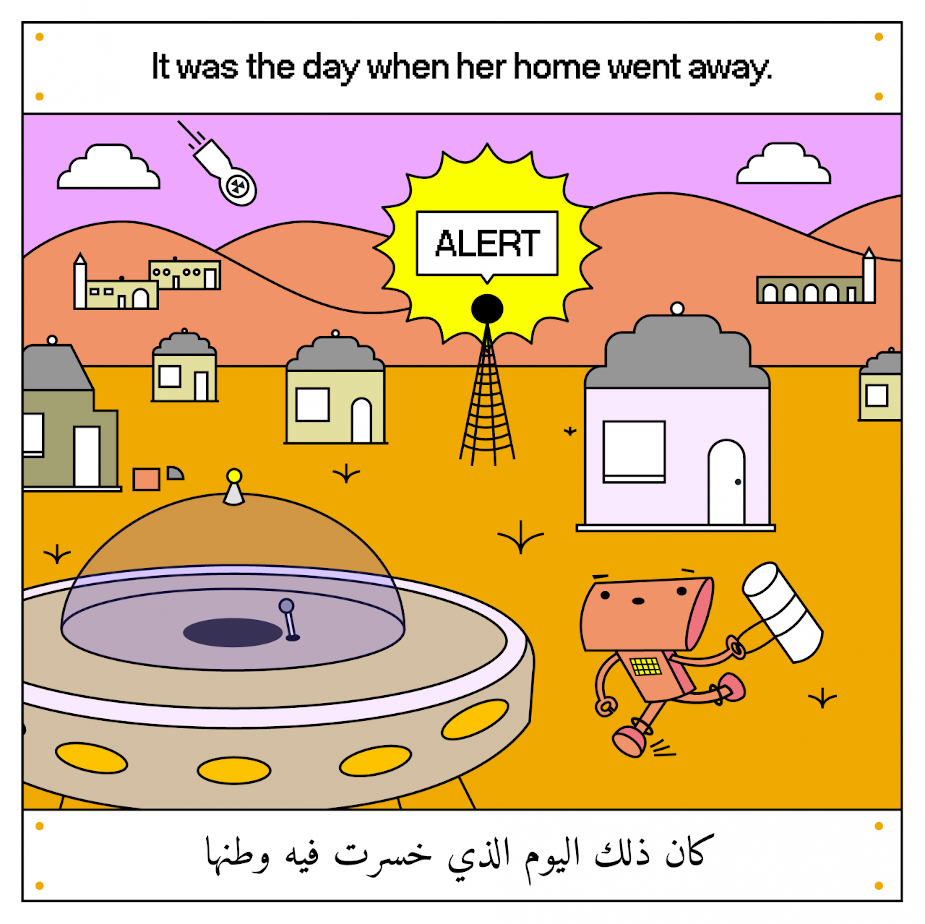 Robogee embodies a multitude of stories from refugee youth that have never been told before. Every encounter she has on her journey is an important moment in her personal development, teaching lessons of self-belief, courage, trust and belonging— key themes refugees encounter in their daily lives as they learn to overcome difficult circumstances. 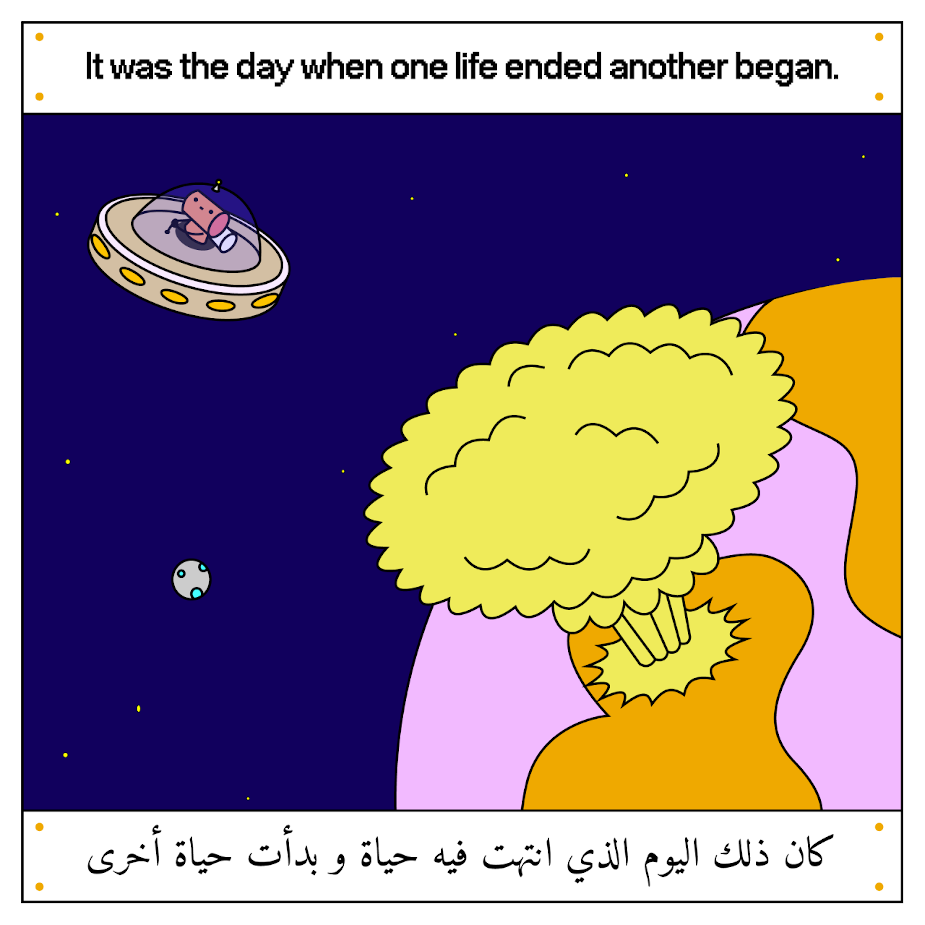 To create Robogee into a refugee hero for young children, WE ARE Pi listened to the real life experiences of the members of Team Hope. When translating their stories into Robogee's, it was important to create the right balance between the hard hitting realities of refugees and engaging content for children. The story of Robogee captures how innovation and creativity are essential survival tools. MAPs and WE ARE Pi hope that Robogee will help alter stereotypes around the capabilities of refugees and promote advanced educational opportunities for marginalised youth. They also see Robogee as a powerful way for young refugees to connect with a role model who understands what they’ve been through.

Channeling a new approach to advocacy and humanitarianism, Robogee’s story will come to life on Instagram, via the official @RobogeeTheRobot account. Followers will be able to engage with the refugee community directly and learn first-hand about what it is like to leave home in search of safety and a brighter future. The goal is to help people foster closer connections with the refugee community, in ways that simply can’t be done through the news.

Comic strips will be posted weekly, following Robogee’s journey as she travels across the galaxy, providing valuable and relatable lessons for young children. Each comic strip will be supported by daily content which goes deeper into Robogee’s adventures, educating followers about the refugee experience and the ways in which they can help challenge negative stereotypes.

To further educate followers and help fund refugee livelihood, Robogee will also be turned into a crocheted toy, handcrafted by the Crochet Community Collective, an artisan group of refugee and low-income Lebanese women. Soon to be sold on the Robogee website, 100% of profits from every purchase directly supports the students in MAPs’ science and technology educational programs, as well as the women who hand-make each Robogee toy. A subscription option on the website currently allows people to register their interest in purchasing a Robogee toy once they are ready to hit the market.

WE ARE Pi head of strategy, Mark Lester, said: “The way the media talks about refugees in the press often paints a negative and dehumanising picture. We created Robogee to engage the public in a way that could dismantle these narratives and advocate for the true capabilities of refugees. The world we created may be fictional, but the stories and characters are based on the real journeys and experiences of students at MAPs.”

“My vision as MAPs director is to implement projects with real social impact. We created Robogee as a community initiative that protects refugees from the mindset that they are hopeless victims. Robogee activates refugees to think about their futures and creates real hope”, concluded MAPs founder, Dr. Fadi Alhalabi.