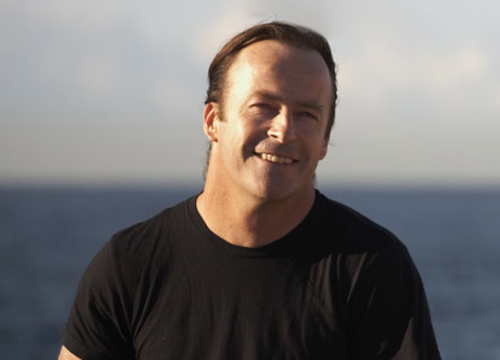 A founding partner of Droga5, Nott is known for winning over 70 international creative awards for writing and directing, including Cannes Grand Prix, Golds’, Silvers, Bronze and Titanium awards. He also holds several D&ADs including the rare D&AD Black / Gold Pencil. He went on to expand his creativity to include directing commercials, short films and music videos. Most recently, Nott co-directed and co-executive produced the multi award-winning dramatic feature film, Drift, starring Sam Worthington.

The Weetbix shoot was a unique one and a surfer’s dream. A 10-day shoot in remote Micronesia took the crew five flights to reach the almost-off-the-grid destination – a super reef wave that only breaks miles out to sea.

Abby Hunt, National Head of Onscreen at BWM said it had been an amazing brief.

“I’ve always dreamed a client approved script with ‘we open on a remote tropical island…’ would land on my desk one day,” she said. “Ben and the team at World Wide Mind worked fearlessly hard to make the dream possible.”

Executive producer at Heckler, Will Alexander said that the friendship between the two had so far borne great commercial fruit including ads for Weetbix, Feit sneakers, Lets Talk About Sex, Drift and are currently working on an interactive TV and web campaign for a new US video game console.

WWM’s strategic move to the rapidly developing media hub in the heritage Paramount Pictures building has cemented the relationship between the two companies.

“We always love working with Ben,” Alexander said. “The Weetbix experience with BWM was fantastic too and we very much look forward to collaborating on a stream of work with WWM, here and in LA.”

Nott agrees the friendship and working relationship date back a long time.

“I've found their level of work to be of the very finest. Heckler’s production support always over delivers,” he said.

Not one to rest on his laurels, Nott is up to his ears in exciting work; The launch of Drift in cinemas across the US is on August 2, distributed by Lionsgate, with Italy, Japan and other territories following. As well as working with Quiksilver on US campaigns, directing content for Red Bull US/Global, directing a campaign for new gaming console OUYA, developing a script for a new US feature film and in legal negotiations with Fox USA for a TV show development deal.

Nott has always aimed for high-level creativity in whichever medium is most appropriate and plans to keep expanding that. With announcements expected of more director appointments to the WWM Commercials Australia roster in the near future, Nott is buoyant about the impending division of his lifestyle and work across the two hemispheres.

“Australians are awesome,” he said. “I miss home, there's always cool creativity in Oz and the surf is good. I’m hoping to shoot with more Aussies soon.”