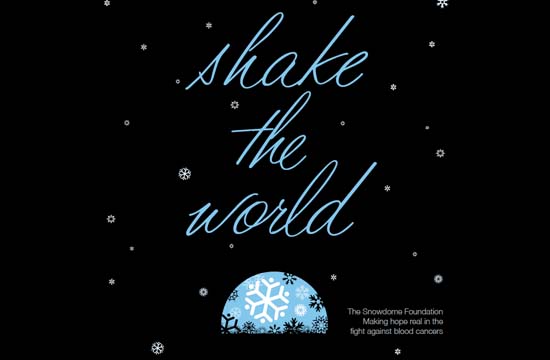 Incoming Publicis Mojo National ECD, Grant Rutherford, is helping change the fundraising paradigm with the first-ever virtual interactive charity event. The Great Shake-Up will be streamed live from Seven Network’s studios in Melbourne directly into the boardrooms and buildings of Australian businesses on August 14 at 12.30pm sharp.

The Great Shake-Up was created to raise money for the Snowdome Foundation, which funds cutting edge clinical trials and research into blood cancers - leukaemia, myeloma and lymphoma.
Rutherford co-founded the Snowdome Foundation which is named in honour of his daughter Chloe who lost her brave battle with leukaemia in 2009. Chloe loved snowdomes, and as a symbol of hope throughout her illness, people bought them to her from all over the world.

The Great Shake-Up is a one hour education and infotainment event hosted by Australian TV personality Daryl Somers and will feature two silent auctions. And the prizes are experiences that money can’t normally buy. Businesses pay $2000 to register for a unique log-in ($1977 of which is tax deductible).

The event has attracted high-level support from the likes of Sir Richard Branson, who recorded an invitation for businesses to get involved and kindly donated a one-on-one personal meeting with him for the silent auction.

The second silent auction item is an all expenses paid trip for two to a red carpet premiere in Hollywood, from Village Roadshow.

Having taken a year off to concentrate exclusively on the event, Rutherford said the Great Shake-Up was designed to give businesses a chance to contribute to a serious and worthy cause without taking a massive chunk of time from their day. “We know that businesses like to get behind worthwhile causes, but we also respect the fact they have busy schedules and their time is precious,” he said.

“In fact, the idea originated from a businessman who joked that they wanted to pay NOT to attend an event.”

Rutherford said the live interactive event has been two years in development with technology supporters, Cisco, Telstra, Viocorp, and Network Seven working together to make the impossible possible. Not to mention some incredible talent in the advertising, media and production industries.

“There has been overwhelming support behind me from our fabulous industry. Everybody has been incredibly generous with their time, wanting to help in any way they could, and motivating me to keep going. And the best way people can help right now is by registering their boardrooms and making the event a real success”.

Professor Miles Prince, blood cancer specialist and Snowdome Foundation co-founder, said that no amount of awareness or lifestyle changes would lessen anyone’s chance of developing blood cancer and as such the emphasis needed to be on research as much as awareness.
“Around 11,500* Australians are expected to be newly diagnosed this year with lymphoma, leukaemia, myeloma and blood related disorders.

“Snowdome works to channel funds into the human clinical trials of next generation blood cancer treatments, with an emphasis on tailoring treatment to the individual – a concept universally acknowledged in the cancer world.

*Projections sourced from the Australian Institute of Health and Welfare 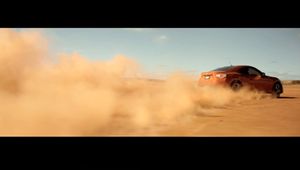