World Famous Invokes the Wonder of Summer For Volvo Spot 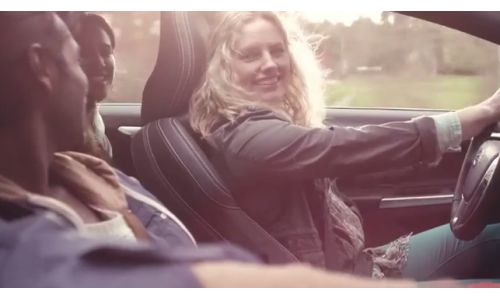 Harris and Volvo have a strong collaborative history. Harris launched the Seattle-based National Film Festival for Talented Youth (NFFTY) in 2007 as an up-and-coming film and commercial director; the festival has since grown to be the largest youth film festival in the world with over 12,000 attendees. Volvo has been a leading sponsor of NFFTY since its inception, working closely with Harris each year to create a custom spot to screen at the festival.

This year's festival spot, "Looking Forward," promotes the new Volvo V60 sportswagon and captures the brand's comfortable nostalgia, resonating with millennials and adults who fondly remember sitting in the reverse third row of a Volvo wagon.

"Working with Volvo throughout the years I've really gotten to know the brand on a deep level," explained Harris. "I'm also a Volvo owner myself and Volvos are so popular here in Seattle, so I see that brand loyalty firsthand. I wanted to do something that truly came from the heart and would strike a chord with anyone who's ever been in one of those ubiquitous station wagons. It was really a passion project, and my colleagues at World Famous were instrumental from concept to finish in helping me bring this story to life."

"When we first viewed 'Looking Forward' we were immediately struck by it," said Bodil Eriksson, executive vice president, marketing, brand and communications, Volvo. "It expresses our brand values spot on -- our cars are engineered so that people can truly enjoy life while being perfectly safe."