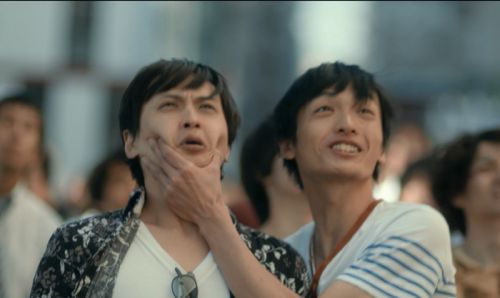 Coca-Cola has just launched a new video for the 2014 FIFA World Cup. Created by Wieden+Kennedy São Paulo, “Signs” will air in over 46 countries throughout Latin America, Europe and Africa.

The commercial stars regular people from around the world who experience and live soccer with real passion. “Signs” shows the hope fans have for their national teams’ victory at every World Cup match. Thus, each individual sees, in the most everyday objects, signs that foretell a win for their country. For instance, a bottle of Coca-Cola can reflect a shadow in the shape of a FIFA World Cup trophy onto a table; a shape on a piece of ham; or an enormous cloud can take the shape of a soccer player. Anything can turn into a sign that inspires fans to keep believing in their teams.

“Signs” represents the fans who are passionate about soccer every day and wait excitedly for the World Cup™ because of the unique, unrivaled event that it is. “The video shows us how small signs can make fans believe in a win for their country,” noted Eduardo Ruiz, vice-director of Marketing for Coca-Cola Mexico.

“This is a global insight. Fans have a lot of beliefs and superstitions that feed their support for their team. So we brought these behaviors to the video. The idea was to create something playful with which consumers could identify,” explains Icaro Doria, ECD at Wieden+Kennedy São Paulo.

“Signs” is part of the global campaign created by Wieden+Kennedy São Paulo for the 2014 FIFA World Cup.