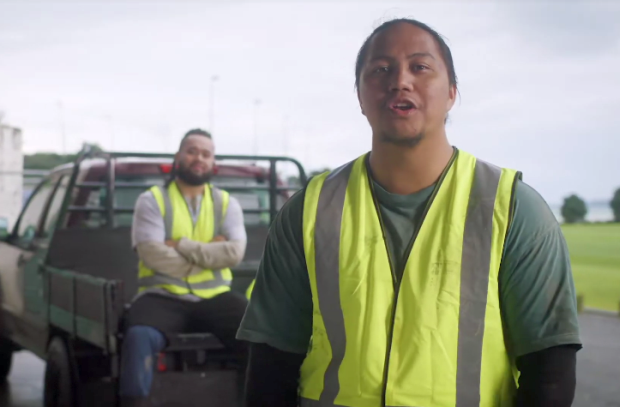 WorkSafe New Zealand has rolled out the sequel of its Safe Guy campaign via FCB New Zealand, encouraging workers to do the easiest thing to improve health and safety – to speak up.

This year, the 2018 Safe Guy D’Angelo Martin will be accompanied by social media up-and-comer Montel Tivoli to form a duo of Safe Guys.

WorkSafe strategy and performance manager Jude Urlich says that research off the back of last year’s campaign found that people could really relate to the characters played out by the Safe Guy and that those surveyed said they were more likely to speak up about health and safety matters after viewing the campaign.

Says Jude: “This year’s campaign looks at two workmates and how they interact in the workplace. The Safe Guys play out a number of scenes that most people can relate to.”

Last year, 63 people were fatally injured in New Zealand workplaces and almost 30,000 suffered injuries that meant they needed more than a week off work. The rate of serious injury for Māori workers is higher than for the total population and almost 90% of workplace fatalities are men. Also of concern to WorkSafe is that each year ten times more people die from long-term health issues caused by work.

Says Jude: “We are using humour to share what is actually a really serious message – that too many New Zealand workers are being hurt at work – especially young Māori men. When it comes to looking after your workmates you’ve got to speak up – and it really doesn’t matter how you do it, as long as you do it.”

The campaign will feature on videos, posters, billboards and radio adverts over the next three months.