Duo brought on to lead the agency's Domino’s account 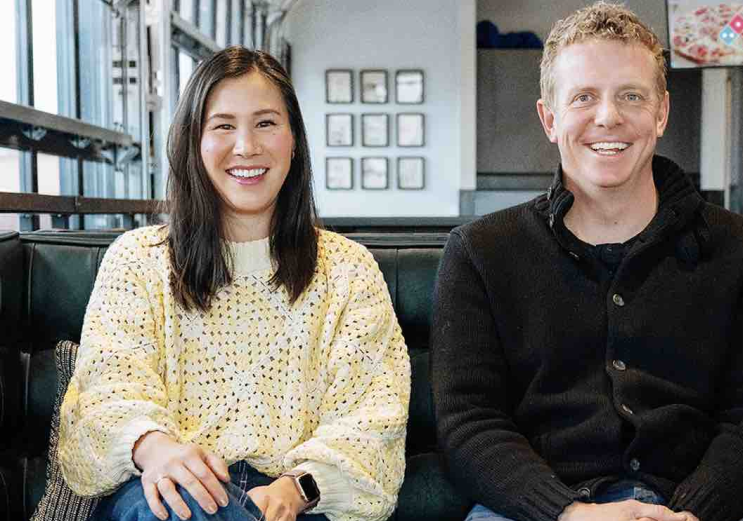 Full-service innovation and advertising agency WorkInProgress (WIP) has hired accomplished creative director duo Kelly McCormick and D’Arcy O’Neill, joining earlier this year. The  team will head up the agency’s Domino’s partnership, after the account moved to the independent shop in January, and take key leadership roles as the agency continues to grow.

McCormick began her career at McCann Erickson, N.Y. in 2007. After a very brief stint as a junior art director, she switched to copywriting, and helped win the agency’s first Cyber Lion for Golden Grahams cereal. From 2010 on, she worked at CP+B Boulder, creating breakthrough work for American Express, Burger King, Best Buy, Infiniti, Kraft Mac & Cheese, and Domino’s, with highlights including the launch of Small Business Saturday for Amex, creating the ultimate “Dream Road” that Infiniti fans could drive on in fully immersive VR, and getting Amy Poehler to make dongle jokes on TV for Best Buy during the Super Bowl.

Much of her favorite work was made when she and O’Neill became partners “in a rare arranged work marriage that actually worked out” to run the Domino’s account. Together, McCormick and O’Neill crafted the iconic Ferris Bueller Tracker shot-for-shot remake, launched the first ever pizza wedding registry, and rolled up their sleeves and hit the pavement—literally—to pave potholes in all 50 states. Their work impacted every consumer touchpoint, from evolving Domino’s rewards program by giving people loyalty points for eating pizza even if it wasn’t Domino’s, to creating pizza damage insurance, to allowing people to get pizza delivered to places without a physical address.

O’Neill also began his career in New York by landing a job at Mother NY. This was followed by a brief stint at EURO RSCG, another at Modernista! in Boston, and a residency at the Martin Agency in Richmond. “I worked with people I learned a lot from and got to touch many brands in nearly every category,” he noted. Eventually, D’Arcy landed at CPB in Boulder, before joining WIP. Standout campaigns include the “Official Sponsor of Birthdays” for American Cancer Society, “The Vodka” for Stolichnaya, and “The World’s Largest Blind Taste Test” for Kraft Mac & Cheese.

The two are excited to continue their partnership together and with Domino’s, at WIP, saying “it’s a rare opportunity to be a part of an all-star cast of creative advertisers who have worked on the brand’s biggest actions and successes both past and present, spanning over a decade,” referring to the founding team at WIP who led the Domino’s team while at CPB prior to founding the agency in 2016. O’Neill praised WIP’s indie spirit and vision of creating long-term partnerships, not just ads, and the special, trust-based relationship that exists with the Domino’s team.

“I had the privilege of working with Kelly and D’Arcy while at CPB years ago,” said WIP CCO Matt Talbot. “I’ve followed their successes from not very afar and am so excited to see the work that comes from our shared vision of creating bold, action-based work that generates true business results.”

When not obsessing over pizza, Kelly can be found trail running and hiking in the foothills above Boulder, having summited 31 of Colorado’s 58 “fourteener” mountains, and spending time with husband Jake, son Alden, and Samoyed, Timber. D’Arcy finds himself in Boulder by way of Toronto, Rio de Janairo, Caracas, Wisconsin, Paris, Philly, New York, Atlanta, Boston, and Richmond, adventuring with his three daughters (who made an appearance in a homemade Domino’s commercial last summer), wife Maureen, and Vizsla McNulty (named for his love of The Wire).