INFLUENCER: GCRS invited kids from Soho Parish Primary School to learn about sound design - here's the fruits of their labours 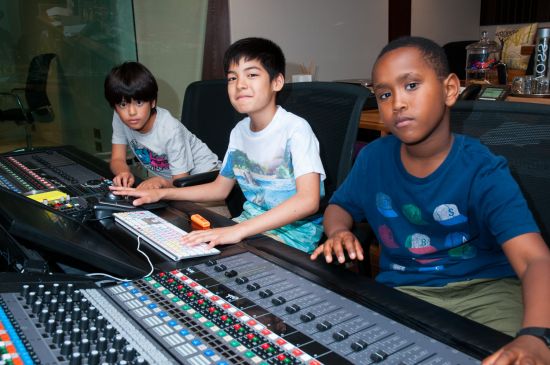 At our studios in London's Soho, we are proud to have hosted many famous actors from both the big and the small screen. However, we recently invited some lesser known names into the studios who made their own big impression.

I have been at Grand Central Sound Studios for over 15 years, beginning as a runner to leading the VR division as I do now – so although I still find excitement in the new technology and projects we are constantly getting through the door, I am not quite as impressed by the shiny buttons as I used to be. However, when I brought my seven year old son into the studios I was reminded of how it felt when I was just beginning my career.

It was inspiring to see his fresh perspective on what I do every day, and it got us thinking about how much more we could be doing to get young people interested in sound design. Everyone here at the studio has had very different journeys to being where they are. Some studied sound and audio technology, and others took a more practical route working in different areas of audio before arriving at sound design. There is however a general consensus that many young people are not aware that a job as a sound designer existed.

We did some research and found Soho Parish Primary School – the only primary school in Soho. We approached them and asked if there was a way of working together, to which they suggested getting involved with their enrichment hour – a chance for the kids to try out careers not usually suggested by the national curriculum. 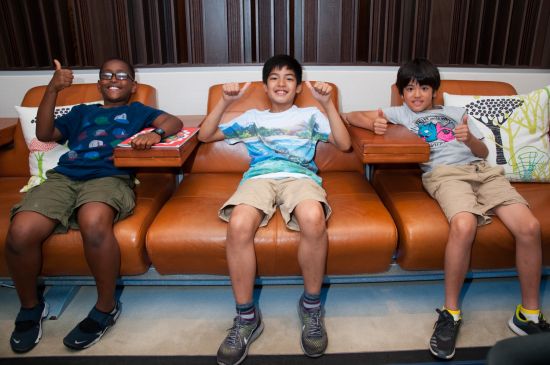 A lot of work was put in by the students before they set foot in the studios, we set them a brief of making a five-minute story – the theme was completely up to them. We received the scripts ahead of meeting the boys, and it was clear we were working with some very exciting talent.

They created two stories: ‘Future Warfare’ and ‘Poison’ – both dramatic stories involving life and death situations with a sci-fi slant. It was clear all students had put a lot of thought into the brief, both the stories were exciting and the scripts themselves were well structured and well-paced. There was a clear sense of dramatic timing and climax, which made our jobs much easier when we came to record the scripts.

The students came in for two sessions, first to record and then to mix. The recordings were especially captivating, as a few of the boys took their roles as directors and actors particularly seriously. They had a set idea of how their stories should sound, so insisted on retakes whenever something was not up to their high standards.

The project was undoubtedly rewarding for all of us. We rarely see clients with quite so much obvious enthusiasm for their work. We have often discussed the best way of attracting new talent, and these students might not be quite ready yet – but we will be ready when they are.

You can listen to the two radio dramas below.