Ashton’s gets first US representation deal and Sugrue joins from Republic Content. 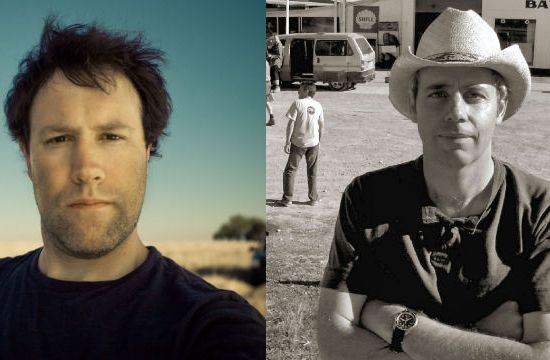 Above left to right: Michael Sugrue and Darren Ashton

Workhorse Media has added Directors Darren Ashton and Michael Sugrue to its roster for exclusive US representation.  The announcement was made by Pola Brown, Executive Producer and principal at the L.A.-based production company.

Ashton is an Australian who’s not previously been represented in the US.  In Australia he directs through Exit Films.  Sugrue, a still photographer who moved into motion work several years ago, joins Workhorse Media from Republic Content.  They’re now part of a Workhorse Media directorial roster that includes Peter Gilbert, Maro Chermayeff, Paolo Gandola, Hugo Maza, Roberto Bado, Jones & Kelly and Paul Kamuf.

“Darren is a great addition because his talents in comedy, real-people, narrative and long-form are perfectly suited to the American market,” says Brown.  “And Michael is an engaging hybrid talent who can handle integrated projects requiring both stills and film, as well as long-form work that includes packaging editorial and post.  He’s tremendously versatile, as his work attests.”

Ashton is best known in Australia for his comedy work for brands such as NRMA Insurance, Vodafone and others, as well as for his 2007 comic feature film, “Razzle Dazzle,” a send-up of overbearing stage mothers and dance competitions.

No stranger to the US, his showreel includes a comedy spot for Woolworth’s branded beef that features a friendly Aussie handing out barbecued samples of the product to typically quirky real people on the streets of New York City, including two grateful cops who were not averse to grabbing a quick bite while in their squad car.

“I love America, and I’ve spent so much time here that I figured it was time to try my hand working in the American market,” Ashton says.  “It’s become a truly global marketplace for directorial talent these days, and I think I have a something to offer here. So it all just made sense.”

Ashton says many Aussies are used to bopping back and forth between their home and the States, “so it’s really not a big deal for us. And when Pola contacted me about it, I was impressed; she’s a go-getter who knows what she’s doing. As I’m fully committed to working in the US, it just felt like the right time.”

Michael Sugrue’s work includes a stylistically-diverse range of web videos and TV spots for such brands as Purina, Microsoft, ESPN, Novartis, and Visa, among others.  A photojournalism graduate of the University of Texas at Austin, he worked in New York for six years before relocating to Northern California, where he’s currently based.

Often mixing still assignments with video shoots, Sugrue has worked all over the world. He’s directed, shot and at times edited a number of short films and videos for agencies and corporate clients, as well as an impressive slate of personal short films.  These have screened at film festivals around the US, with the most recent, “Dalston,” being named a Vimeo Staff Pick.  He’s just back from the Middle East, where he shot a series of documentary-style promotional videos as well as stills for the Salalah Free Trade Zone in Oman.

Sugrue’s films, while often based in reality, doesn’t fit the typical description of documentary work.  “I like to take reality and finesse it,” he explains, “employing lighting and camera moves that you don’t normally see in docu-style work to add mood and emotion.”

The director says he was first introduced to Workhorse Media several years ago, when he was looking for a production company where he felt his work would be a good fit. When his prior affiliation ended, he immediately turned to Workhorse’s Pola Brown. “The talent mix she’s got at Workhorse reflects the kind of work I like to do, which sits somewhere between a straightforward documentary approach and more scripted, narrative filmmaking.”