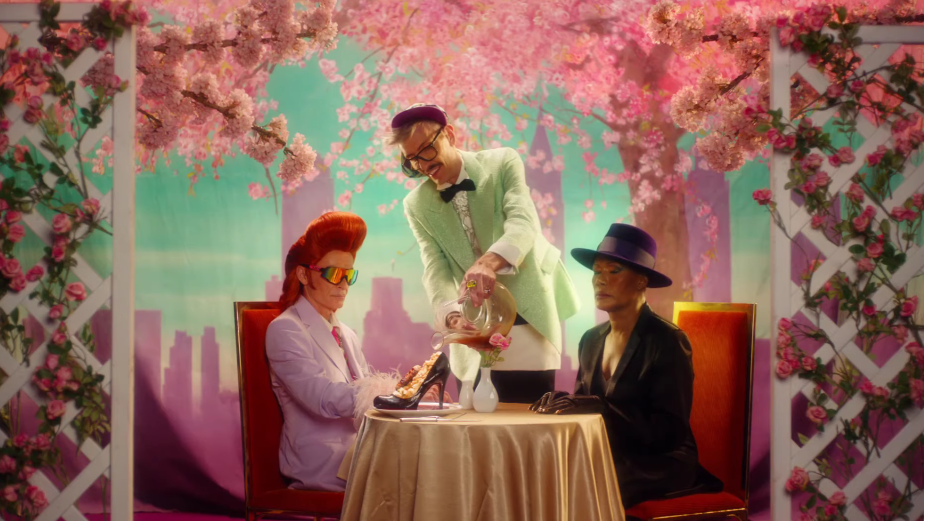 ‘Cool cool music, cool cool music..’ - Has anyone else got that stuck in their head?
When you hear a catchy musical number, you know you’ll be humming it, singing it and thinking about it later in the day. Well, Barclaycard certainly gives you something to sing about with a brand new, truly bizarre campaign featuring Grace Jones.
In the campaign by Droga5’s Andreas Nilsson, helicopter shaped hair, green armpits and dogs giving out tattoos are all part of the ‘cool cool’ theme which boldly captures trends that are seemingly fashionable, but are they practical? As the effortlessly trendy Grace Jones questions, ‘Why does everything have to be cool these days?’, we’re taken on a journey that leads to being more than cool… it’s functional.
That's not all for the week, with Halloween being around the corner, a feature from LOLA MullenLowe with their Oumph! ad for plant-based ‘human meat burger’ was also on our radar. The scary Swedish spot shocks viewers into the oxymoron of scary sounds and a spooky atmosphere, except this time you can relax, because it is in fact, plant-based human meat, ’otherwise, it would be creepy.’
Check out more of this week’s creative campaigns below.