Arielle has worked on brands such as Powerade, Jaguar and Subaru 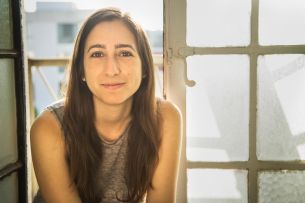 Work Editorial welcomes Arielle Zakowski to its roster of editors. Working alongside partners Rich Orrick and Stewart Reeves, she has edited commercials for Powerade with Wieden + Kennedy, Jaguar with Spark 44, Mobile Strike with 215 McCann and Subaru with Carmichael Lynch, as well as working with industry-leading directors such as Peter Thwaites and Henry Hobson. Alongside commercials, she continues to hone her storytelling and has maintained a constant stream of film projects, web series & music videos.

Arielle was also the sole editor for the Game of Thrones 'The Sight' campaign, winning Bronze at Cannes Lions. She also cut the title sequence for Netflix’s 'Daredevil', which was nominated for an Emmy for Outstanding Main Title Design.

Despite her young age, Arielle works at a very high creative level with work that is full of surprises and lightness of touch, invisible to even the most seasoned editor. Her commitment to good work is impressive for an editor at any stage of their career, but to commit with such rigour from the onset is exceptional. Previously trained under Angus Wall and Grant Surni at Rock Paper Scissors, Arielle completed a BA in Critical Studies from the School Of Cinematic Arts where she swiftly started to edit her own projects.

Stewart Reeves, Partner & Editor at Work Editorial LA explains why the decision to stand behind this emerging talent was so easy: "Arielle was born to be an editor, observant, patient and with impeccable taste. It is impossible to teach someone how to be a good editor, you just hope that exposure teaches them about good work practices and discipline. The rest can only be learned from knowing when something is done, when the work is as good as it can be. It's about being confident that the choices you've made are not only the right ones but the seemingly inevitable ones, crafted into something greater than the sum of its parts. It’s easy to put shots together, the software is not that hard, its much harder to put them together in such a way that we can only feel exactly what the director wanted us to."

Jane Dilworth, Founding Partner at Work Editorial, sums up: "Arielle has played a major part in our LA office from day one, it was always only a matter of time before her name moved up our roster. An impressively gifted editor with no doubt a remarkable future ahead."