The campaign is the first activity since launch of the Woolworths campaign platform 'That's why I pick Woolies' in July. 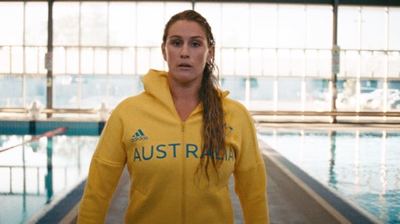 Woolworths, the fresh food people, has released its latest campaign 'Grown in Australia. Picked for Rio' to celebrate the Australian Olympic and Paralympic team competing in the Rio 2016 Olympic Games created in partnership with creative agency M&C Saatchi and media agency Carat.

The commercials were showcased to a wide Australian audience on Saturday withthe 60 second TVC screened on Channel 7 during the opening ceremony of the 2016 Rio Olympic Games.

Woolworths is the Fresh Partner of the Australian Olympic and Paralympic teams, and the campaign explores the parallels of nurturing and developing athletes with growing fresh Australian produce.

Through the Olympic and Paralympic partnership, individual commercials about Joe Ingles and Ryley Batt form part of the campaign and focus on their personal stories about growing into champion athletes.

In an Australian media first, Woolworths will be delivering messages of well wishes on YouTube to the Australian Olympic and Paralympic athletes competing in Rio using Google Moment Targeting.

Says Andrew Hicks, director of marketing, Woolworths Food Group: "Woolworths is extremely proud to have been picked as the Fresh Partner for the Australian Olympic and Paralympic teams. Our Grown in Australia. Picked for Rio campaign shows the correlation between growing and picking fresh produce and nurturing athletes. This has been achieved through highlighting elements such as fresh air, food and water. The campaign unearths the similarities between harvesting the freshest of food when it's ready to be consumed, to picking the very best athletes when they are ready to represent our country."

The campaign will be released across national TV, cinema, radio, press, social and digital. Out of home will also feature heavily with 641 national placements, 189 state specific placement and 201 malls across the country. The creative executions across the various out of home, digital and in-store elements feature many Australian Olympian and Paralympians.

Says Tom McFarlane, executive creative director M&C Saatchi: "In this campaign we parallel the nurturing of crops Australia-wide, with the nurturing of healthy, young Australian athletes. We see both grow and flourish until they are picked - the fresh produce for Australian tables, the athletes for the Olympic world stage in Rio."