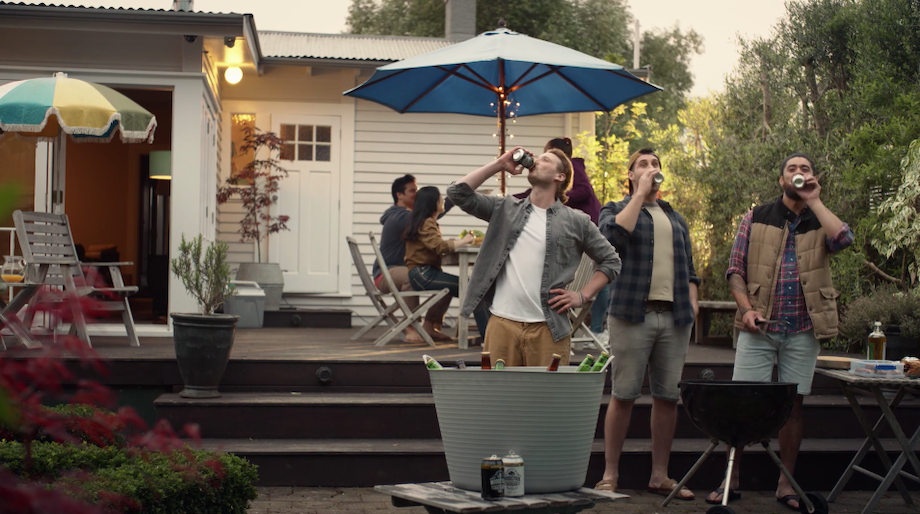 Woodstock exists to celebrate fun in a world that has become serious, and to bring this to life TBWA\NZ has launched a new Woodstock brand campaign called ‘That’s the Spirit’.

The campaign shows three Kiwi mates hanging out and drinking Woodstock around their kitchen table, at a BBQ and at a house party all while parodying pop culture and each other.

Says Shane Bradnick, chief creative officer, TBWA\NZ: “There seems to be lots of pressure on us all to be our “best” selves all the time – eat well, sleep well and behave well – but sometimes you just want to have some fun and take a break from it all.

Says Oliver Downs, general manager, Asahi New Zealand: “We’re celebrating the Kiwi Woodstock drinker and giving people permission to just chill, have fun with their mates and be themselves. The idea behind ‘That’s the Spirit’ is that Woodstock doesn’t take itself too seriously, and neither should we.”