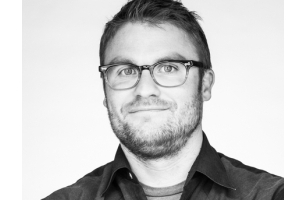 Nowak has created award-winning work throughout his career, earning accolades from Cannes Lions to Clios. At FCB LA he helped lead a global brand overhaul for Levis that reestablished the company as a timeless, iconic mainstay. He also helped drive Taco Bells "Live Mas" rebrand which included the Operation Alaska stunt and the launch of the Doritos Locos Taco  the chains most successful product launch of all time. Previously, Nowak was a senior copywriter at TBWA\Chiat\Day Los Angeles where he contributed to Gatorades "Replay" campaign among others. He began his career as a copywriter at DDB Chicago, working on global campaigns for McDonalds and Dell. Throughout his career he has also worked on creative for K-Mart, Nissan, Visa, KFC, Coors, Capital One, and more.

"I've admired Tracy and WONGDOODY for a long time  they're smart, fast, fun, and it feels like a family," said Nowak. "I cant wait to be part of that family, and to help lead the Amazon account moving forward."

"Adams body of work and resume speak for themselves. He has wielded a mighty creative hammer and with it changed the shape of iconic brands. He will have a huge impact on the agency and our creative output," said Tracy Wong, Chairman and Co-Founder, WONGDOODY.