WONGDOODY Brings Us Into The Movies For The Seattle Film Festival 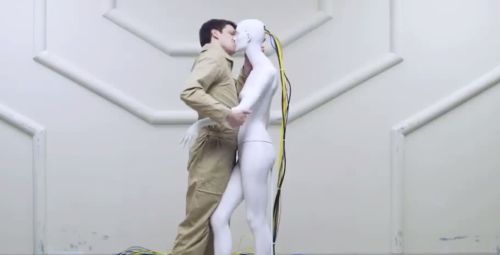 Ad agency WONGDOODY and digital studio World Famous recently completed the new “Cinescape” promotional campaign for the Seattle International Film Festival (SIFF). The campaign features a :60-second trailer and three :30-seond bumpers directed by Tony Fulgham and Christopher Harrell from World Famous, plus accompanying key art, print, outdoor, online and identity assets. The trailer is screening now in select Seattle theaters, with additional campaign executions rolling out in the build up to SIFF's opening on May 15.

This is the tenth year that WONGDOODY has collaborated with SIFF on developing a comprehensive brand and advertising campaign for the festival. This year’s effort celebrates the 40th anniversary of SIFF. The brief from SIFF was to have a campaign that conveyed the positive, joyful, celebratory moments that the milestone represents, which was translated into the high-octane energy and color palette of this year’s key art and campaign.

“SIFF is fortunate to have the opportunity to work with two world-class creative teams based here in Seattle. WONGDOODY has been leading our campaign efforts for the past 10 Festivals. For our 11th Festival collaboration, they have once again surpassed themselves with a perfect campaign to celebrate our anniversary. It has been pure pleasure to work with World Famous. I can't imagine anyone else to conspire with to create the most insanely awesome and original trailer to capture the essence of SIFF's cinema impact over the last 40 years. The combination of working with these two creative forces is absolute perfection," said Carl Spence, SIFF Artistic Director.

The campaign, dubbed “Cinescape”, encompasses the idea that SIFF films are an escape from reality, transporting audiences to other worlds and introducing them to new ideas. The cornerstone of the campaign is a promo that takes place at “SIFForty Laboratories” where futuristic scientists transport willing subjects into alternate realities inspired by iconic scenes from films that have played at SIFF over the years. Through these otherworldly experiments, subjects have out of body experiences that allow them to live out vignettes ranging from “La Vie en Rose” to “The Rocky Horror Picture Show” and much more. The concept also carries through to bumpers produced to screen during the festival.

The key art in many of the campaign’s print executions features the tagline, “You will be returned home safely but forever changed,” superimposed over a photograph of a model, whose eyes are hidden by a bright light, standing on a red carpet rolled out over the sea with color and tone that evoke an aesthetic that is equal parts modern and psychedelic. While the photo appears to be a design-infused digital collage, much of it was captured in-camera. The photo shoot, by LA-based JUCO, involved a model photographed standing on red colored sand formed to look like a red carpet, in front of a 1960s painted movie backdrop with large triangles hanging from a truss behind her. The water in the background, light obscuring her eyes, dress and halo effect were the only elements composited in digitally.

“For the last ten years we have had the pleasure of developing the creative campaign for SIFF, and these projects have turned out to be some of our most rewarding and awarded client work,” said Tracy Wong, Chairman, WONGDOODY. “SIFF is such an international sensation, and everyone involved in the organization has incredible creative vision—this comes through in the caliber of programming and in our collaborations with them in developing concepts to match the campaign briefs. Bringing World Famous in again this year as our creative partner on the broadcast work was incredible—those guys ran wild with the concept and produced work that completely blew our minds.”

“We were really excited about taking on the SIFF trailer this year. WONGDOODY came up with a great branding campaign that opened up some great opportunities for the video. We decided to tackle the different emotions that can be experienced at SIFF. We were able to build a great, genre-bending narrative that allowed our actors to go in a lot of pretty insane directions. There were a lot of beautifully uncomfortable moments on set – always a good sign that you're headed in the right direction,” said Tony Fulgham, Executive Creative Director, World Famous.

As the festival celebrates its 40th year, SIFF continues to create experiences that bring people together to discover extraordinary films from around the world. Recognized as one of the top film festivals in North America, the Seattle International Film Festival (May 15 - June 8, 2014) is the largest, most highly attended film festival in the United States reaching more than 150,000 annually. The 25-day festival is renowned for its wide-ranging and eclectic programming, presenting over 250 features and 150 short films from over 70 countries each year.