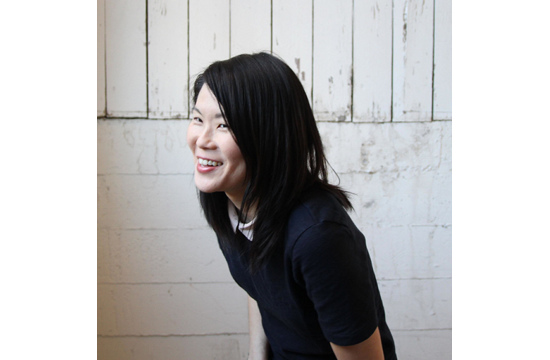 Ad agency WONGDOODY has hired Pam Fujimoto as Executive Creative Director. Based in the Los Angeles office, Fujimoto will spearhead business development and client creative initiatives; she joins the agency from Creature in Seattle where she served as Creative Director. This move marks Pam’s return to WONGDOODY, where she got her start in advertising as an Art Director in 1999.

With more than a decade of experience, Fujimoto most recently oversaw creative efforts for Truvia Natural Sweetener and Dickies Work Wear at Creature in Seattle. Prior to Creature, she worked at TBWA Chiat/Day in New York where she launched the “In An Absolut World” campaign for Absolut Vodka, and also worked with clients that included Sprint, Skittles, Starburst and Snickers as Associate Creative Director.

She was hired as an Art Director at WONGDOODY upon graduating valedictorian of her class from Art Center College of Design. During her former six-year stint with WONGDOODY, she worked on several campaigns for the Seattle SuperSonics, Alaska Airlines, Seattle International Film Festival and the Museum of Flight. During her tenure, she also contributed to a hugely successful Adidas campaign that won recognition from nearly every industry awards organization. Over the course of her career her work has garnered awards from Cannes Lions, D&AD, One Show and Communication Arts, and she also served as a judge for the 2013 Communications Arts Annual.

“The best of both worlds would be to have an Executive Creative Director who understands our culture -- and one with outside perspective at shops like Chiat. Pam grew up here, but she has had great success outside of WONGDOODY,” explained Tracy Wong, co-founder and ECD, WONGDOODY. “Her creative standards have always been high. She’s won awards everywhere she has gone in her career. But her exceptional talent and ambition are tempered by humility and kindness – a rare combination at this level in the ad business. Having her back is the perfect scenario. She is a part of our past, but she represents our future. I couldn’t be prouder to have her back in this role.”

“I have a lot of trust and respect for Tracy and all the staff at WONGDOODY,” noted Fujimoto. “I couldn’t be more excited to be returning in this role, where I can help shape and evolve an agency I’ve always believed in. I can’t wait to collaborate again with such a fantastic team, this time through the LA office.”