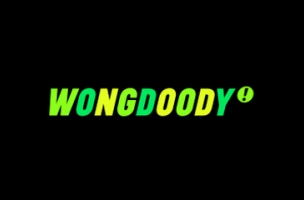 WONGDOODY is kicking off the new year with three new additions to its staff: in Los Angeles, Steven Orenstein as Chief Financial Officer and Ronnie Lee as Associate Creative Director; and in Seattle, Jason Gingold as Director of Strategy. These hires mark a new phase of internal executive development across the agency and bolster the growing roster of creative talent in WONGDOODY LA following the additions of ECD Pam Fujimoto and ACD Dennis Lee in 2014.

Steven Orenstein joins WONGDOODY after six years as CFO at 72andSunny, where he guided the agency's growth from 30 to 500 staffers, including an expansion into New York and acquisition by holding company MDC Partners. Orenstein was an integral part of building 72andSunny’s celebrated agency culture with the implementation of Free Food Fridays, in which he grilled lunch for the entire LA office each week. Prior to 72andSunny, Orenstein served in various roles in finance at the Kern Organization, DirectPartners, Davis Elen, and McCann Erickson, overseeing multiple mergers and acquisitions and establishing financial best practices. He is unique among agency CFOs in having his very own app on the iTunes store, Bobblestein.

New Director of Strategy Jason Gingold comes to WONGDOODY from Creature Seattle, where he served as Executive Director of Strategy and Media and developed a successful rapport with Pam Fujimoto (another Creature alumna). He previously led strategy for Wieden+Kennedy New York and DDB Seattle. Over the years Gingold has worked with leading international brands including ESPN, Microsoft, Adidas, HBO, Starbucks, Pepsi, The North Face, and others. Gingold will lead both internal and client-facing strategy across the Seattle and Los Angeles WONGDOODY offices.

Los Angeles native Ronnie Lee got his start at 42 Entertainment where he worked on one of the original viral marketing campaigns, "I Love Bees" for Halo 2. Over the years Lee has worked as a copywriter and ACD at Y&R, DigitasLBi, and CHI & Partners, and contributed to campaigns for clients including PBS, TGI Fridays, The Los Angeles Dodgers, Southwest Airlines, Samsung, and many more. While at DigitasLBi he helped launch Small Business Saturday with American Express, which has since grown into a holiday tradition reaching 88 million consumers and driving over $14 billion in independent retail sales.

"WONGDOODY is thrilled to welcome Steve, Jason, and Ronnie, who will be valuable assets in our trajectory this year," commented Tracy Wong, Chairman and Co-Founder of WONGDOODY. "The start of a new year is the perfect time for us to hit the ground running, and this talented group of new hires will help us refine our strategy and goals across both the operational and creative sides of our business."