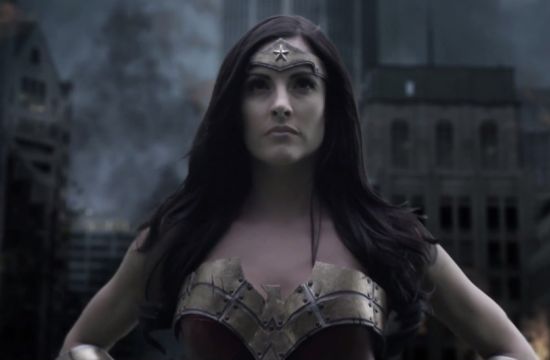 Batman and Superman have smashed across cinemas in recent years and they’re set to do battle on the big screen in 2015 but thus far the Queen of DC has been sadly neglected.

Wonder Woman, the star-spangled Amazonian has suffered set back after setback after TV pilots have failed to take flight and movie scripts (by Marvel and Buffy scribe Joss Whedon of all people) have sunk without trace.

Fed up of waiting for Hollywood and DC to get their act together, Rainfall, an LA-based production and post-house, have drawn on their own super powers to create a tantalising short.

Directed by Rainfall’s Sam Balcomb, the short features Wonder Woman, a.k.a Diana Prince (but you knew that already) battle urban thugs and supernatural giants in both the real world and her home world of  Themyscira, flanked by Hippolyta and a host of other Amazons.

For a self-generated film, there’s some epic VFX on show, particularly in the Greek mythology-infused Themyscira. Balcomb and the team have spent most of the year working on this labour of love and with over four million hits on YouTube it looks like this is one studio who know how to keep the geek community happy.