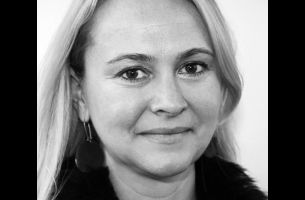 The Winter Olympics, the FIFA Football World Cup and of course the annual hot list including the Champions League Final and Wimbledon make for quite a year in sport, and it’s obviously not over yet. This month marks the return of some of the best in Women’s football with the start of the FA Women’s Super League. But, you probably didn’t know that!

Whereas the men’s premier league is celebrated with fanfare and a media blitz, the women’s League kicks off quietly in the background of the sports universe. In fact, one great indicator of how far down the pecking order the Women’s League is for the FA is that you can get your hands on an Arsenal Women’s Super League season ticket for £60, which pales in comparison to a £1768.50 Arsenal Premier League season ticket.

Yet despite the women’s game lacking the same level of fanfare as its male counterpart, in the year of the woman, it’s never been a better time to be a female footballer. Not only is women’s participation in sport in general on the rise, but so is the audience.

Take the Women’s FA Cup Final. This year’s final brought in a competition record crowd of 45,450 people to Wembley stadium, and with more than a million watching at home; certainly not attendance and viewing figures to turn your nose up at. And when you take into account the fact that since 2013, live audiences for women’s sports in the UK have grown at an average of 38% year-on year, it’s clear that women’s football and sports as a whole are a huge opportunity for brands.

However, while the numbers are good, this isn’t what is most important in women’s football, and women’s sports in general. The real story is about how avid these fans are – this is what is so rich for brands and commercial stakeholders to tap into. Fans of women’s football, and wider women’s sport in general, are ardent, engaged and open to being spoken to by brands in an interesting way. And there is a definite understanding by the commercial stakeholders of the value of that avid and loyal fan base.

But despite this incredible growth, wider engagement and increasing understanding of the value women’s sports, brands are slow to engage. Shockingly, the most recent estimate of global corporate investment currently stands at 0.4% for women’s sports overall, with the majority of the rest of that figure going to men’s sports; an incredibly low figure for a market that is seeing such huge growth in interest.

If a brand’s focus is on eyeballs over the quality of engagement, then it’s a no-brainer decision to buy into men’s football. But it is also a crowded and cluttered space with its own set of challenges.

In contrast, when it comes to women’s sports, it goes beyond how many people see your logo on TV; it’s about, as I said earlier, who’s watching and engaging with the game and how they subsequently feel about the backing a particular business gives to that sport.

Brands who have taken this on board, and taken the time to understand this value, are now reaping the benefits from their investments.

Energy company SSE began its sponsorship of women’s football after the FA’s decision to bring the Women’s FA Cup Final to Wembley. Since activating its four-year deal with the Women’s FA Cup in 2015, SSE has experienced an increase in brand-love and affinity from consumers and its own staff. Other well-known brands such as Vitality and Kia have been brave and invested in this space, resulting in the brands being seen in a positive light by audiences at games driving value for their investment.

Women’s sports are garnering more attention because they’re viewed as being more inclusive, which is a huge part of why we’re seeing more families attend female sporting events. They’re slowly becoming the natural home for family audiences, not just because of the lower ticket prices but because they offer strong female role models to children, which is vital in continuing to change the perception of women’s sports in the future as well as wider societal issues around gender. And they may even succeed in bringing on board people who wouldn’t naturally watch sport.

It’s an issue the FA  and brands like Disney are clearly taking seriously with its recent collaboration where, as part of Girls’ Football Week, they created a campaign using iconic female Disney characters such as Moana to create specific drills and inspire girls to play more football.

But not only do these games attract a more engaged and different audience, female players have also been shown to appeal to fans in different ways – not just as role models, but by being seen as more likeable and appealing. Take Team USA’s sportswomen during this year’s Winter Olympics. Three of the top ten athletes that drove the most social media engagement during the games were all sportswomen of Team USA. Together, they generated a staggering 18,341,252 interactions between them. Throughout the games, they received more social media engagements per athlete than the sportsmen.

So, while women’s sports continue to gain respect on the pitch and momentum in the commercial space, we all need to join the movement as leaders in this industry. Education, understanding and support for women’s sports will provide opportunities beyond our imagination - not only commercially - inspiring the next generation to grow up respecting and appreciating sportswomen for the talented athletes and role models they are.