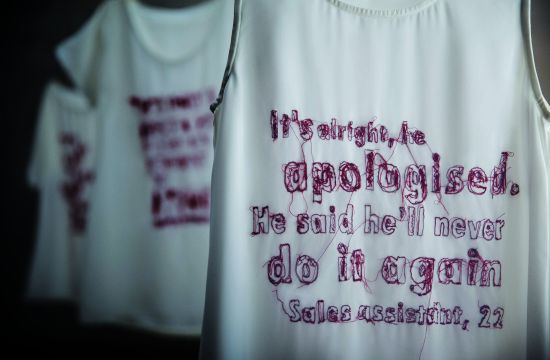 #NoExcuseForAbuse is the plea by Women’s Aid Organisation (WAO) to raise awareness on domestic violence in Malaysia. The campaign, in the form of an art installation, kicked off in Publika Mall in Kuala Lumpur on March 8, in conjunction with International Women’s Day. The exhibition showcased floating white blouses with ‘voices’ of survivors meticulously hand-stitched in red thread.

“It’s alright; he apologised. He said he’ll never do it again.”

“It’s only a broken arm. At least he’s not having an affair.”

“I’m afraid of him, but leaving him will just bring shame to my family.” 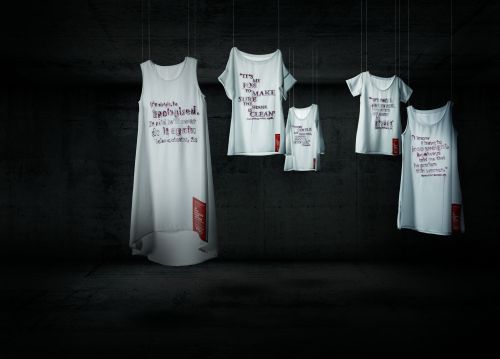 These are some of the excuses victims stood by while they endured the abuse and trauma. The blouses portrayed a haunting feeling, similar to the fear experienced by domestic violence victims.

Crafted by TBWA\Kuala Lumpur, the #NoExcuseForAbuse campaign targets the early phase of domestic abuse. It reaches out to those who are in doubt and are questioning the relationships they are in. They are encouraged to make a firm stand that there is no excuse for abuse. 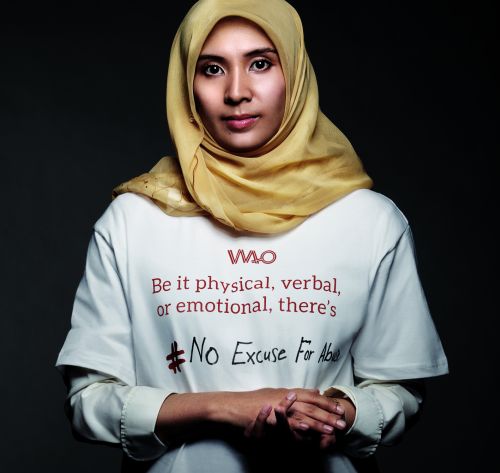 T-shirts with the message ‘Be it physical, verbal or emotional, there’s #NoExcuseForAbuse' were distributed at the exhibition. Visitors were encouraged to make a pledge and tweet with the campaign hashtag to help spread the message and create awareness around domestic violence. Members of the public are also invited to pledge their support on social media with the tag #NoExcuseForAbuse.

The installation art will continue until March 17 at Publika Mall and Hero Market at Sri Damansara It will then be exhibited at Kampung Baru, Puchong from March 22 to 31. 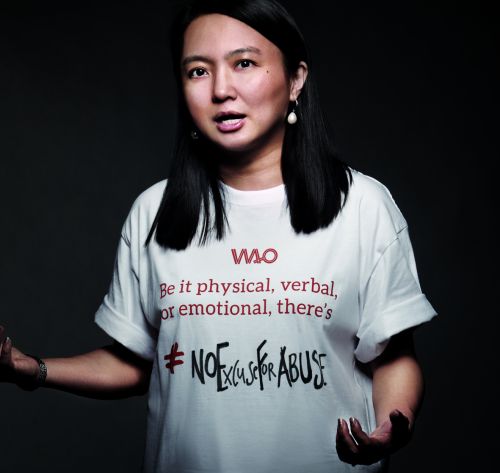 An SMS helpline was also launched for the campaign. TINA, or ‘Think I Need Aid,’ is WAO’s SMS helpline that encourages victims of domestic violence to confidentially reach out for help and advice. Victims can SMS TINA at 018 988 8058.

Commenting on the campaign, Ivy Josiah, Executive Director at WAO said, “WAO thanks TBWA for lending their creative energies to mount this campaign. It is crucial that we learn to identify the signs of abuse early. If left alone, they may escalate to dangerous levels. I am confident that the art installation and online engagement will stir the right emotions and make women more aware and take action when they know that there is help out there.”

The #NoExcuseForAbuse campaign is supported by the Embassy of the United States of America Kuala Lumpur, TBWA\Kuala Lumpur, Studio DL, Publika and Hero Market.