Women, War and a Mobile-first Mentality at Dubai Lynx 2016 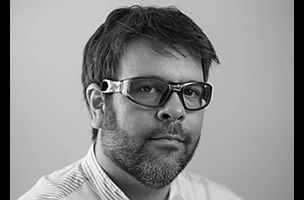 Women, war and a mobile-first mentality are the big take-homes from this year’s entries at Dubai Lynx, says PJ Pereira, president of the festival’s Direct, Promo & Activation, Interactive and Mobile jury.

Speaking ahead of the award show, PJ, who was also part of the Integrated Jury (chaired by FCB’s global CCO Susan Credle), said that the winners that will be revealed later include some deeply impressive projects that he believes will perform well later in the year at global shows.

The status of women throughout the MEA region and the consequences of war in countries like Lebanon were common themes among the entries. But while it could be thought that this is an attempt for agencies in the region to jump on the bandwagon of pro-social campaigns that have been heavily awarded at a global level, PJ believes that many of these entries come from a more authentic place than cynics might think.

“After you chew on it for a while, you realise that it’s not a trend to win awards, it’s a trend because these things are a big problem that people face,” he said, noting the ‘granular’ and very precise thinking behind the projects. Young female cultural attachés on hand to help the juries with the nuances of different markets within the regions were themselves notably ‘fired up’ about these projects.

The question of women’s rights is something that PJ is deeply engaged with, but the experience of judging case studies about women’s rights from the MEA region has highlighted just how severely hindered women still are around the world. Indeed, that judging wrapped up on International Women’s Day makes the experience particularly poignant.

“The conversation in San Francisco [where PJ is based] feels way more self-important. It’s an intellectual discussion about what people think is right or wrong – and that’s ok. But it’s way more urgent because the problem is much bigger,” he said.

However, he added that the non-local jury members also thought quite hard about their own cultural biases. Moreover, there was a balance to be struck between being emotionally swept up in the socially-orientated work and awarding the more ‘regular’ advertising that was solving business problems in innovative ways.

Of the categories PJ presided over, mobile was by far the strongest. “The most international-level category was mobile, which makes sense. With the other three they’re trying to catch up with the rest of the world, but with mobile everyone is at the beginning. Because of the infrastructure in the region, people skipped regular phones and computers.”

2016 marks PJ Pereira’s second visit to the Dubai Lynx – his first was ten years ago. “The last time I was here I was surprised but not impressed. This time I was impressed,” he said, noting that there were several projects on show that he’s keen to show his team back in Pereira & O’Dell in San Francisco.

The judging experience has been a rewarding one, with some world-class work on display that reveals a true sense of creative ambition in the region. “It feels like a very motivated market. I’ve been to other smaller, regional shows and when I speak to people in the corridor they say, ‘we don’t have the resources,’ and they’re a little apologetic. They don’t have that here. Not a drop of apology.”

Check back later on lbbonline.com to find out which work won at Dubai Lynx 2016.