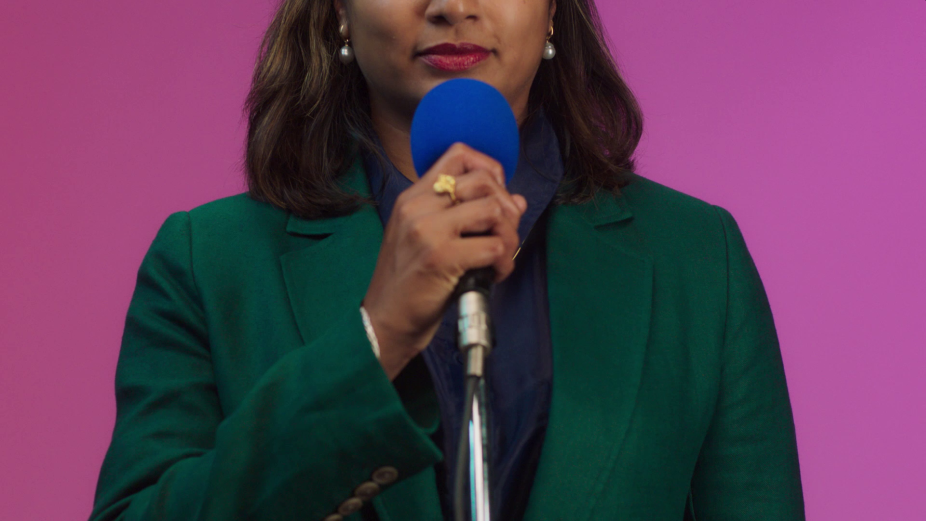 Women for Election - a for-purpose, non-partisan organisation with a mission to inspire and equip more women to enter politics – is combating gender inequality in Australia with the launch of a new campaign ‘Power Like You’ve Never Seen’.

Created by BMF and supported by UN Women Australia, the brand platform and integrated campaign encourages Australians to rethink the face of power and support a new era of female political leadership by calling on Australians to question their ideas of what power looks like and to urge more women to become political representatives.

The campaign includes a hero 60 second TVC which features traditional and stereotypical ideas of what power has historically looked like including a name on a building, a title, a suit, a large desk, a spinning chair, and a statue with a plaque on it. The ad asks women to be part of the redefinition of power and change what power looks like by becoming part of it.

In addition, a series of digital out-of-home ads will air across billboards in Australia with the slogans “Power Like You’ve Never Seen” and “If You Care, You’re Qualified” as well as a print advertisement championing a new era in leadership. The TV, OOH and print is further supported by PR, Social & Influencer as well as a microsite.

Says Licia Heath, Women for Election CEO: “Australians are ready for more women in office; in order to make that vision a reality in future elections, we need to change our idea of what power looks like in Australia. We’ve seen women reclaim it by marching in Canberra, and now we want them to exercise it by taking a seat in each of Australia’s political chambers, be that Council, State or Federal.”

Says Pia Chaudhuri, executive creative director at BMF: “Gender equality is 134 away in Australia, which means none of us will ever see a gender equal society. But the fastest way to reduce this number is to get more women into public office – to give them a seat at the table where legislation is created, and major societal decisions are made. With more women in power, we can bring this number down to 10 years. But the challenge is inspiring women to take up these positions in the first place.

“We realised the reason most women don’t enter politics is simply because, for centuries now, power has been branded as male. So, we decided the only way we’ll ever truly achieve our goal, is to rebrand power itself. To make familiar symbols of power outdated, making way for a more inclusive brand of power. This is obviously a huge ambition. That’s why this is the start of a 10-year campaign – one that will only finish when we’ve reached gender equality. Ultimately, we want both the platform and concept of ‘Power Like You’ve Never Seen’ to become redundant in the not-so-distant future.”

Mandy Galmes, managing director and partner, Sefiani Communications Group, said: “Forget business-as-usual. Australians are turning their eyes to the future and want nothing as usual. As a nation we are ready for a new era of gender equity in political leadership. To achieve this we need to reconsider what traditional power looks like and support women around the nation who have the leadership skills and experience to play an active part in our political future.

“At Sefiani we pride ourselves on being agents of change, and that means doing work that matters for positive change-makers. We are excited to be working alongside Women for Election, BMF and Havas to advocate change for a better future,” said Mandy Galmes.

The campaign launches Feb 7 on television, social and digital out-of-home around the nation.