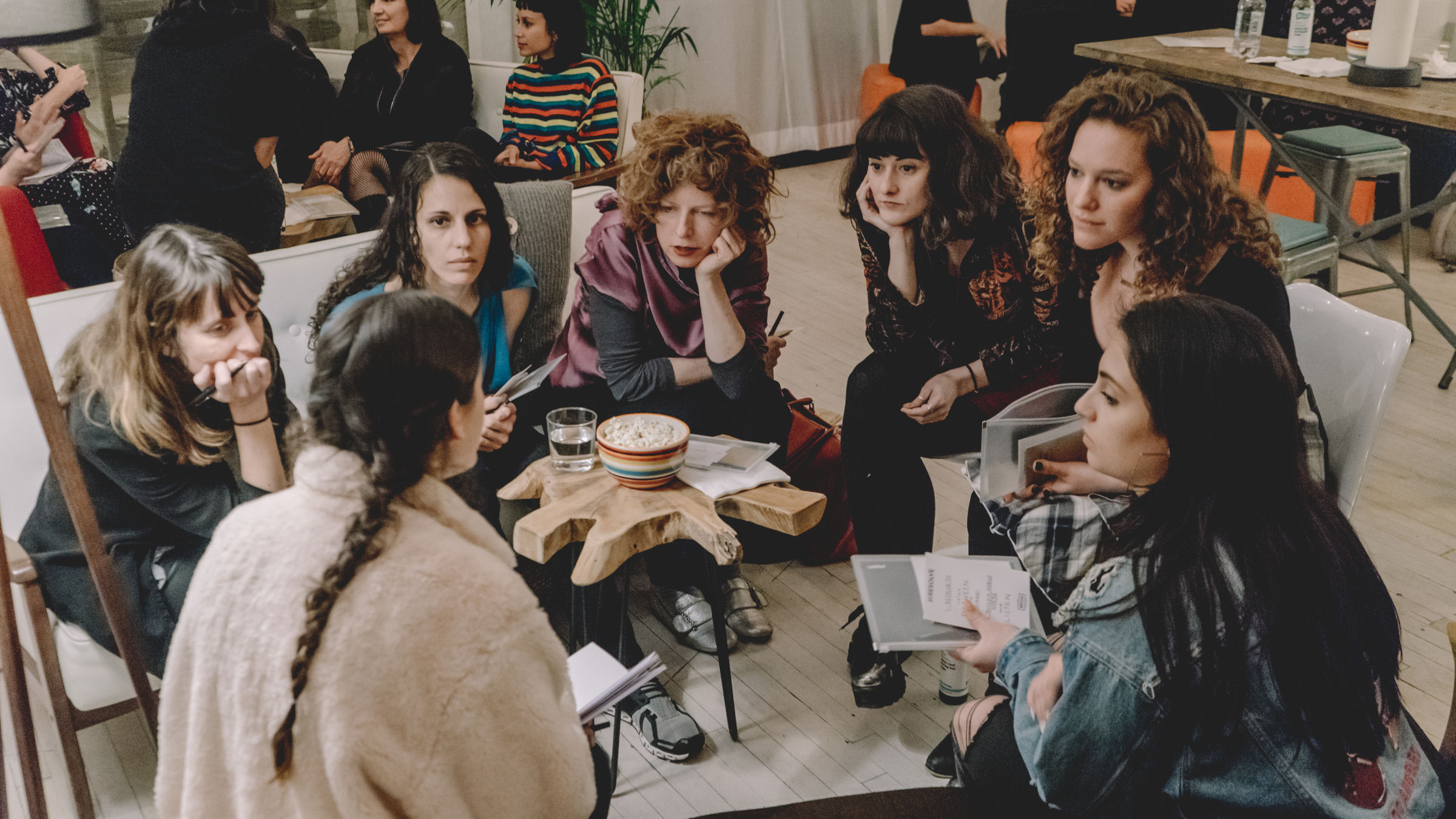 Women from advertising, entertainment, media, content creation and film production gathered in New York this week to take part in a unique event titled “I RESOLVE”, sponsored and organised by The Broad Exchange.

Over 40 women, hailing from such companies as Vayner Media, Mashable, Droga5, the Women’s March, The Rockwell Group, Big Block, McCann, Nylon Studios, Laundry Service, SheSays, AICP and others, embraced the opportunity to share visions for how they’d like to see the process of communicating change in these agonizingly didactic times. Tapping their skill sets as communicators – in which eliciting emotional responses is often part of their daily charge – they met at the offices of Blonde + Co., a creative agency located in midtown, to brainstorm on how we, as individuals, can each work to overcome the polarization that plagued 2017 to find ways to achieve common grounds for understanding.

The Broad Exchange is a network of 1600+ experienced women in advertising, communications, content, film, TV, media and other creative industries. Its mission is to help its members break down barriers; share ideas, stories and resources; build a community of doers and grow both personally and professionally.

Ashley Davidson speaks at the "I RESOLVE" event in New York.

In an open workshop setting led by Ashley Davidson, one of the Co-Founders of The Broad Exchange, the women at “I RESOLVE” formulated personal vision statements for the change they’d most like to see in the world, and then mapped out actionable steps that were within their reach to meet some very powerful societal goals. Each participant’s presence was commemorated with a portrait that help visually convey the power of “I RESOLVE,” which will be shared by The Broad Exchange on its social channels and at www.thebroadexchange.com/iresolve.

The inspiration for “I RESOLVE” was born of the tenor of our times. “We’re living in an environment of polarization today,” said The Broad Exchange Co-Founder and “I RESOLVE” creator Jen Hays, “with the loudest or most offensive voices getting the final say.” What’s missing in today’s modern, social media-fueled discourse, she continued, “is permission to show patience, compassion and a softer side of ourselves. Doing so could be just what we need to create a better equilibrium of energy around how we converse with each other. And that’s what inspired ‘I RESOLVE.’ We have a very real opportunity before us to champion a better way to communicate—one that allows us as professional women to use our softer reasoning along with our fierce strength as a more complete toolkit for connecting with people. That truly is resolve.

“As a community we have a lot of reach, and we should be using our positions to take advantage of this,” she continued. “Together we have an amazing opportunity to effect change.” She added that what appealed to her most about the concept of “I RESOLVE” was the dual meaning of the word itself: “It’s an earnest decision, but also the settling of conflict.”