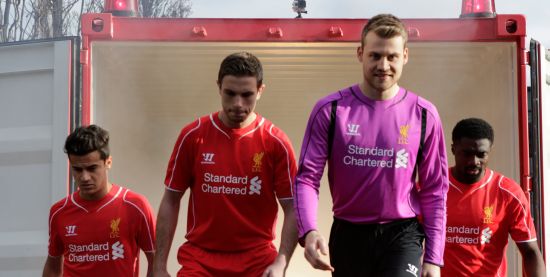 With strategic focus on igniting buzz around Warrior’s new kit, Wolfpack targeted Liverpool FC’s global fan base through online and offline experiential activity. The campaign kicked off in the middle of Liverpool One Shopping Centre, where a shipping container was dropped, featuring stenciling of #DEMAND and the Warrior logo. Three days later a live event – a first for the club – ensued to reveal Liverpool FC stars Jordan Henderson, Kolo Toure, Philippe Coutinho and Simon Mignolet in the new kit.

The offline activity was bolstered by a social media campaign to tease fans of the contents of the container. Looking ahead to the next season, Wolfpack used #DEMAND to rally the fans around the club and encourage initial sales for the kit. The event was broadcast globally on the club website and activated on Warrior and LFC’s social channels.

“We tasked Wolfpack to come up with an experiential campaign that would generate buzz and excitement around the club’s new 2014/15 kit. We needed an idea that would create appeal amongst Liverpool fans in the city and worldwide and drive global sales. Wolfpack have met the challenge and delivered a launch which has already got fans talking, delivered comprehensive coverage and momentum for sales.” 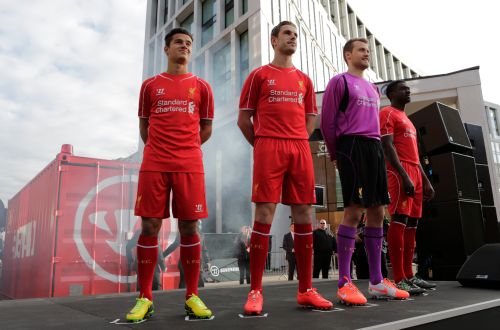 “To launch next season’s LFC kit, we wanted Warrior to tap into the fervour and excitement surrounding Liverpool FC. As this season reaches its climax, Liverpool stands top of the league and in sight of winning its first league title in 25 years. For the first time in decades, the club and its fans across the world can legitimately dare to demand success. Our strategy is steeped in this idea of #DEMAND and we’ve come up with something that is teasing and intriguing for some of the club’s biggest fans.”