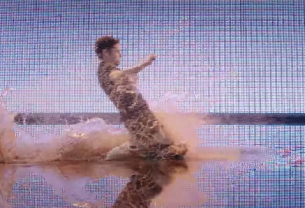 Independent creative agency, Wolfpack, is launching the first brand ad for New Balance Football titled #NBFootball.  The ad premiered on YouTube on Weds 25th March and is part of the agency’s ongoing work for the brand following its official launch in February.

Capturing the essence and attitude of New Balance Football, the film demonstrates the passion and commitment of footballers in their quest to become the best athletes they can be. Set against the backdrop of a giant LED screen, the film uses eye-catching graphics to communicate how New Balance is dedicated to driving athletic excellence and showcases the footballers training to demonstrate their relentless desire to improve.

The film is the first part of a series of campaigns that Wolfpack will be creating for New Balance Football over the spring and summer.

Matthew Bennett, Chief Creative Officer, Wolfpack, commented: “We’re really excited to see the end product of a lot of strategic work done in partnership with New Balance. Throughout this relationship, the brand has been a dream to work with, showing time and again that they will never stop pushing to improve. The film that we have created for New Balance is fresh and inspiring – I couldn’t be happier with the result.”

Kenny McCallum, Global Brand Manager, New Balance Football, commented: “At New Balance we are dedicated to supporting athletes and helping them improve, whatever level they play at. Wolfpack has succeeded in delivering the essence of the brand and translating that to a film that captures viewers’ attention. We are a brand that values style and innovation and Wolfpack has shown that they are the best guys for the job in delivering this film.”