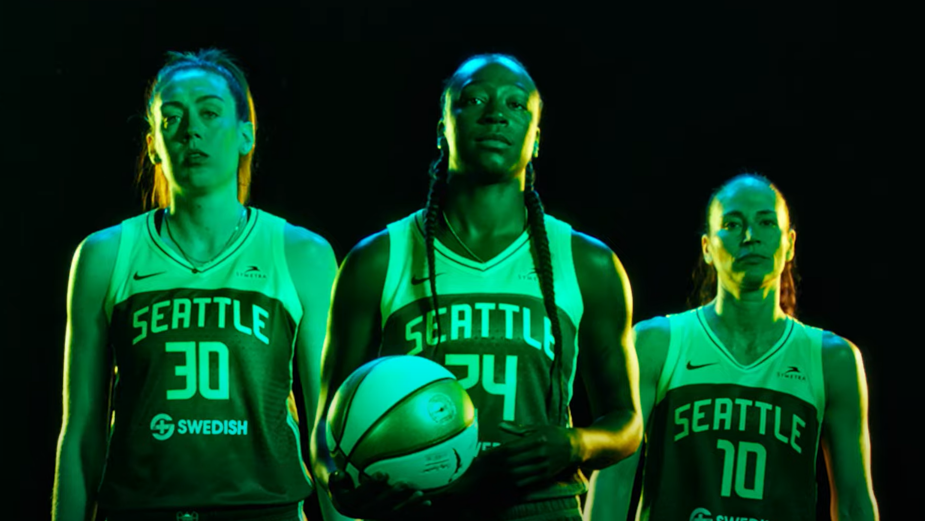 A new marketing campaign marks Seattle Storm’s triumphant return home to play its first full season in Seattle since 2018 at the newly renovated Climate Pledge Arena. Created by Wunderman Thompson Seattle and shot by renowned fashion photographer, Jill Greenberg, the work celebrates the attributes that make the Storm unique: its power, its purpose, and its team of champions, led by its returning Big Three Players.

The campaign stars The Storm’s Big Three: four-time WNBA champion and legend Sue Bird who comes back for her 21st year, 2018 MVP and two-time WNBA Finals MVP, Breanna Stewart, who releases a signature shoe this summer, and two-time WNBA Champion, three-time All-Star, and 2021 All-WNBA First Team member Jewell Loyd. Sue, Breanna and Jewell were free agents and renewed their contracts with the Storm this year, adding to the excitement of fans ready to join their team in Seattle’s new arena.

Wunderman Thompson set out to capture the majestic strength and athletic beauty of the Seattle Storm’s star players. Integral to the creative strategy was landing fashion photographer Jill Greenberg, chosen deliberately for her ability to capture breath taking portraits which reveal the inner soul of her subjects.

Jill spent hours shooting powerful images of Breanna, Jewell and Sue in basketball action and motion. The photos and video frames are interspersed with green and yellow plumes, reminiscent of rolling, graceful storm clouds. Backed by a bombastic music track, the words, “We are power. We are purpose. We are champions. We are the Storm.” cascade over each picture, frenetically representing the uniqueness, essence, and character of the team.

The campaign is aimed at driving ticket sales and building the team’s brand for its most loyal fans, as well as new followers of the Storm.

The creative strategy and vision were led by an all-female account and creative team at Wunderman Thompson Seattle, who won the account earlier this year. The work will be creatively ambidextrous, used inside the Climate Pledge Arena, to social, out of home and video.

“It was important for the creative to be led by female voices who could bring out the power, talent and grace of this star-studded WNBA team,” said Guy Seese, executive creative director of Wunderman Thompson Seattle. Creative lead and senior art director Brittany Carroll added: “We chose Jill Greenberg because her style and vision matched the talent and soul of The Big Three, creating powerful images worthy of the Storm’s heroics both on and off the court.”

Jill Greenberg is an internationally renowned artist and photographer whose work is instantly recognisable due to her personally executed post production and her mastery of studio lighting. Since the age of 10, Jill has staged photographs and created characters using the mediums of drawing, painting, sculpture, film and photography. Her unique gaze as a working commercial female photographer, when directed back at her gallery work, allows a constant interrogation of the image politics and methodologies at work in a culture where pictures have become the de facto universal language.

The Seattle Storm opens the 2022 season on Friday, May 6th, hosting the Minnesota Lynx in its return home, playing its first full season in Seattle since 2018 at the newly renovated Climate Pledge Arena.

“Wunderman Thompson was a true creative partner. They were able to capture the essence of Storm basketball and some of our most iconic champions. This is an exciting time for our franchise as we return to downtown Seattle and Climate Pledge Arena after three years. We’re excited to see this dynamic campaign, hyping up the Storm season, all over the city.” Alisha Valavanis, president and CEO, The Seattle Storm

Media: Stephanie Moul/ Any others here 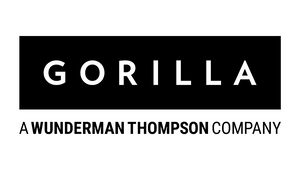 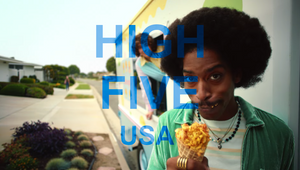 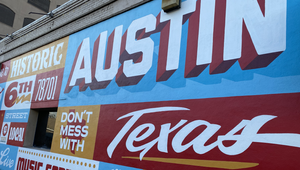 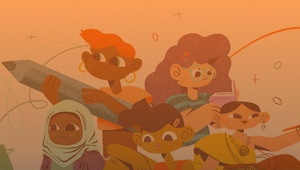