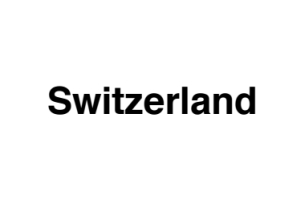 A group of award-winning veterans of Wieden + Kennedy are officially announcing today that they have formed an independent creative agency and production house named Switzerland. The team is led by Creative Directors Janet Champ and Charlotte Moore, who put Nike Women’s Fitness on the map and Executive Producer Derek Ruddy. Their work has been recognized extensively by Cannes Lions, The One Show, Clios, The Art Director’s Club and Communication Arts. They also have won two Emmy’s and team members have work in the permanent collection at MOMA and the Smithsonian.

“We named ourselves after a country that's known for simplicity, clarity, rationality. But trust me: no one will ever accuse us of being neutral. This is our mantra: Make it brilliant because anything else is a waste of everyone’s time,” said Janet Champ.

The agency operates from Seattle, Portland, LA and Milan and serves partners worldwide. Switzerland is at the intersection of proven creativity and deep experience, where the minds of some of the industry’s most celebrated writers, art directors, strategies and producers meet to do amazing work.

In their agency statement of purpose, the partners wrote: "Switzerland (the country) is known for its neutrality. Its obsession with cleanliness and its strict adherence for following the rules. Switzerland (the agency) will be known for its obsession with getting the job done and done well. Its strict adherence with making up the rules, and the work. Stellar, iconic, lasting, provocatively exceptional work.”

Janet Champ is a featured speaker at the 3% Conference in New York on October 26, 2015. She will speak on the “I Wish I’d Done That” panel alongside industry icons Kim Gehrig, Director, SomeSuch; Judy John, CEO, Chief Creative Officer Leo Burnett Canada; and Michelle Klein, Head of Marketing, North America, Facebook.

"We are delighted to feature Janet Champ at the 4th annual 3% Conference. Nothing is more inspiring to female creatives than the women who have created campaigns that endure in their impact and appeal. Janet's "If You Let Me Play" campaign for Nike stands apart as the kind of breakthrough work that earns new fans today, years after it was conceived and produced," said Kat Gordon, Founder and CEO of The 3% Conference.