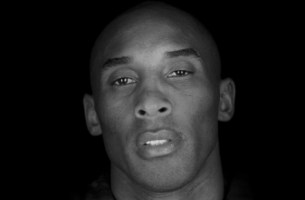 Kobe’s retirement announcement on November 30th, 2015, created mixed feelings for fans in the U.S. Over there he is despised just as much as he is loved. But Nike thinks that in China, things are very different and feelings are much more one-sided. Millions of Chinese don’t just love Kobe, they worship his every move.

They love him not just for his accolades and achievements on the court, but because he devoted his time, passion, and belief in Chinese ballers. While other NBA stars come to China for just one visit, Kobe came back again and again with Nike. He pushed and coached China’s aspiring ballers to be better and aim higher. Today he is seen as the powerful and beloved mentor of Chinese basketball and China’s adopted sport hero. So it was crucial for Nike China and Kobe to do something special for the athletes as a parting message.

Together, Nike China, Kobe and Wieden+Kennedy Shanghai have crafted a provocative spot that is meaningful to China while also embodying the spirit of Kobe.

“Nike is always focusing on providing the best service to athletes to help have the best performance; Kobe’s ambition is to be the best basketball player in the world. And in order to achieve that, he chose to focus on becoming a legend rather than being a hero. When it comes to winning, Kobe is willing to push himself to risk everything. Because standing back and doing nothing, that’s real failure. This philosophy is very Nike ‘just do it’, and Kobe is the perfect person to deliver this spirit of Nike.” Said Azsa West, creative director from W+K Shanghai.

In this spot, Kobe’s message to China is, “Don’t love me. Hate me.” The idea was inspired by Kobe’s secret weapon on the court – he transformed fear of failure and hatred from those around him into fuel to be better. By sharing this momentum with Chinese ballers, Kobe has challenged them to take everything he’s shown them and use it as fuel to become greater.

For this final challenge, Nike China and W+K Shanghai teamed up with editor and director Biff Butler to craft an emotional film that pays tribute to Kobe the legend and mentor- and Kobe the challenger. Through the use of footage from Kobe’s trips to China events that Nike held in the past 10 years, NBA footage and special effects, the creative team has put together the perfect backdrop for a provocative retirement message. Intercut with black and white footage of Kobe delivering his challenge to China and accompanied by an emotional score, the film goes straight for the heart.  This is a heartfelt challenge to Chinese ballers everywhere, to rise to the occasion as basketball’s next legacy.

“Kobe has an intimate relationship with the Chinese ballers, so he knows exactly how to teach and motivate them. Together with Nike China and Kobe, our team crafted the script and made sure the film was just as provocative as the man himself. It was an intense and uncompromising process because Kobe was just as demanding on the creative team as he was on the Lakers.” Said Terence Leong, creative director of W+K Shanghai.

Strategically, Nike China will drop the film in China on April 7th against the Los Angeles Clippers. This will be the last LA derby game Kobe plays in his town. The conversation surrounding this game and his retirement will be filled with praise, honor and love.