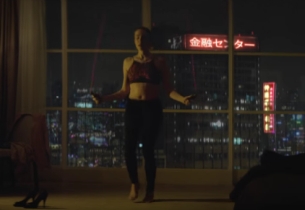 To meet the demands of consumers who are constantly active and who strive to balance an active lifestyle with the pleasure of drinking beer, Skol has introduced the new Skol Ultra to the Brazilian market. Refreshing and containing fewer calories and carbs, it’s the first beer in the Brazilian market with these features.

“Well-being and the desire to live a balanced life have never been so important and we see this as a great opportunity for our beer.” says Taciana Ávila, Skol portfolio manager.

The new product is a pure light malt beer with 4.2% abv that still maintains the Skol aroma and flavor that is so loved by Brazilians.

The product officially debuted on September 9th, with the launch of a nation-wide campaign. Inspired by the song “Feeling Good,” immortalized by the voice of Nina Simone, the video depicts the daily lives of unofficial athletes who find time to be physically active amid their other commitments, like work, family and friends. With the tagline “New Skol Ultra. Fewer carbs, fewer calories. The official beer of non-official athletes,” this is the first ABI production by Wieden+Kennedy São Paulo.

“A beer developed for athletes. It seems like a contradiction at first. But, when we think about it a little, we remember that 99% of athletes are people like us, who have a career, a social life, a family, and juggle all that with a training regimen. These “Non-official Athletes” don’t make a living from sports, but they do live for sports. And though their names may not make the news, they also should be celebrated,” say Otavio Schiavon and Marco Martins, creative directors at Wieden+Kennedy São Paulo.

For the launch, Skol invited skateboarder Bob Burnquist and surfers Carlos Burle and Maya Gabeira to contribute with their perspectives as official athletes. Perspectives that, in spite of the busy training routines and competitions, still value balance, health and a tranquil mind. These athletes will contribute to Skol Ultra projects in partnership with the brand.