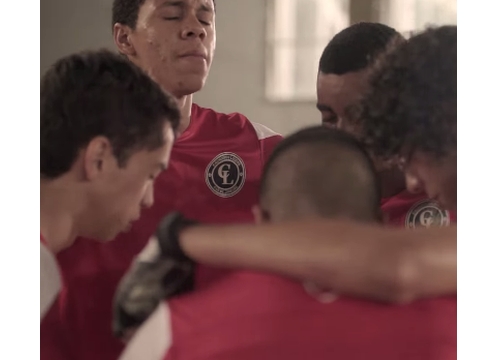 Victory does not do away with the need to train hard, cheer even louder and honor your team in every battle. Likewise, defeat does not devalue each practice session, does not diminish the cheer of the fan crowd and does not eliminate the satisfaction of representing your country.

A defeat is not the end; it’s a new beginning. “Tomorrow Starts Now” was created to encourage all Brazilians in their sports journey toward 2016.

Today, the video launched by Nike shows scenes of concentration, strength and achievement experienced by athletes from various sports. It depicts both amateurs and professionals in the crucial moments prior to competitions and during their most tense moments, whether on a court or in the pool. The energy of Olympic athletes inspires athletes from all sports to dare to be Brazilians and to believe in their goals.

Leandrinho and Anderson Varejão, players from the national basketball team; Ana Claudia Lemos, South American record holder for the 100m and 200m sprint; Yane Marques, bronze medalist in the modern pentathlon at the London Olympics; and Maria Clara and Carol Salgado, beach volleyball stars, demonstrate the emotions of those who live sport to its fullest.

“Tomorrow Starts Now” is one more chapter in the “Dare to be Brazilian” campaign, created by Nike Brazil and Wieden + Kennedy São Paulo.