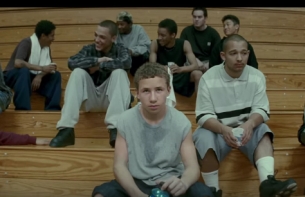 As he begins the next chapter of his career in Seattle, Powerade is recalling football superstar Jimmy Graham’s humble beginnings. Before he was a 6-foot-7, 265-pound tight end and considered among the best professionals to ever play the position, Graham was just a kid from Goldsboro, N.C. His inspiring story — from state-run group home to gridiron greatness — is told through the latest creative of the "Just A Kid" campaign from Powerade.

The Powerade 'Just A Kid' campaign created by W+K Portland aims to inspire by taking a passionate stand for the potential in every young athlete. It supports the belief that no matter where athletes get their start, or what obstacles they face in life, they can advance from the very bottom to the very top through hard work and determination.

The biographical 15-, 30- and 60-second spots, titled "Churn," portray Graham arriving at a community group home in 1998, where he is immediately confronted by violence, intimidation and despair. As Graham matures, he develops a mental edge and dominating physique, which translates to his success on the football field and basketball court.

"Though my story is deeply personal, everyone has a story that's totally unique" said Graham. "I hope it inspires young athletes to power through and overcome adversity just as I did. We're all just a kid from somewhere. Hard work and dedication makes all the difference."

The spot is set to a voiceover telling the story of a mouse forced to overcome its circumstances to survive.

"Jimmy Graham is one of the most recognizable names in football today, but few people know the obstacles he had to overcome on his path to greatness," said Victoria Badiola, senior brand manager, Powerade. "We hope athletes who see this campaign take inspiration from Jimmy's story and realize he, too, was once just a kid from Goldsboro."

To further support young athletes, Powerade has launched an online marketplace where fans can design and purchase customized "Just A Kid" apparel touting the name of their hometown. The collection includes sweatshirts, T-shirts and hats. Net proceeds from the marketplace will be donated to the Boys & Girls Clubs of America.